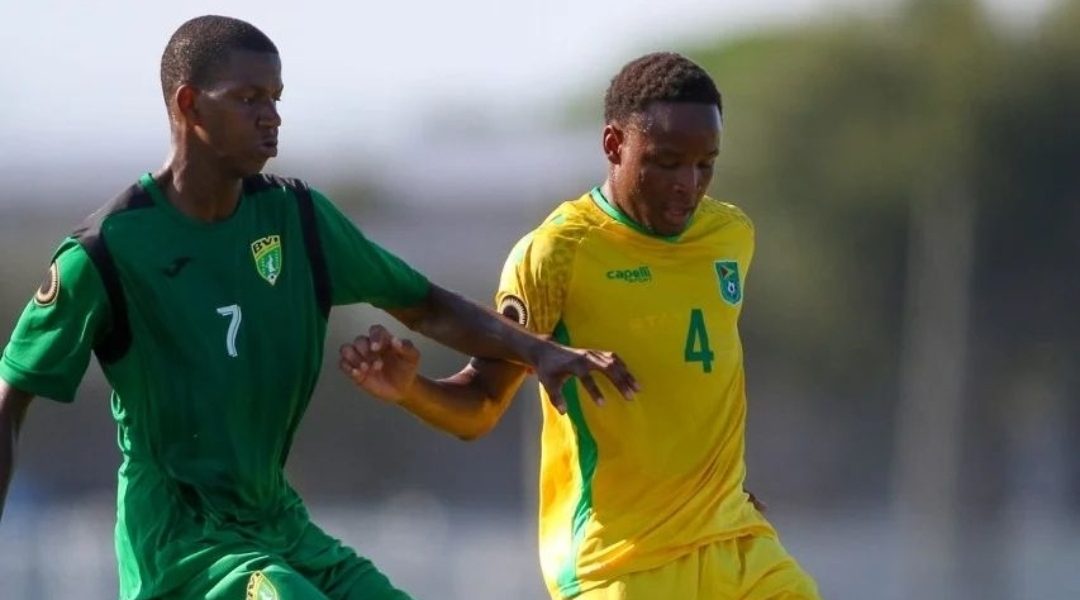 In what should have been an even more thrilling first win of the campaign, it still turned out to be a big day for Boys as they earned their first point in CMU17Q with a 1-1 draw against Guyana.

Once again it was Johnny-jay Rowe who gave the BVI a 1-0 lead in the 42’, thumping home from inside the penalty box.

It was no more than the BVI deserved after some intense pressure and several testing shots on goal, but, despite always looking dangerous and creating many more chances, the BVI failed to find the all-important second goal and ultimately allowed Bryan Wharton to equalize for Guyana in the 71’.

No winner could be found, forcing the teams to split the points.

“The team stuck to the plan to contain Guyana and were very disciplined throughout the first half. Guyana came out hard for the win, but the guys were composed and definitely deserved to take the lead. In the second half we lost a bit of concentration, and they got back into the game” noted Coach Jermain Abrams, who also felt with a bit more clinical finishing the draw would have and should have been a win “the main thing for us is to score our chances, we had a lot of opportunities and should have sunk them. We had five or sic good chances and should have come away with a win. I’m proud of the Boys though and of course will take a draw to get some points on the board”

The BVI concludes group play concludes on Wednesday 7th September with a game against Saint Martin at 9.00am and Coach Abrams is looking for more improvements “we have one more game to go and although we haven’t lived up to our expectation, we have a job to do and will be looking to end the tournament on a positive note

The game will be live streamed via the CONCACAF Go app