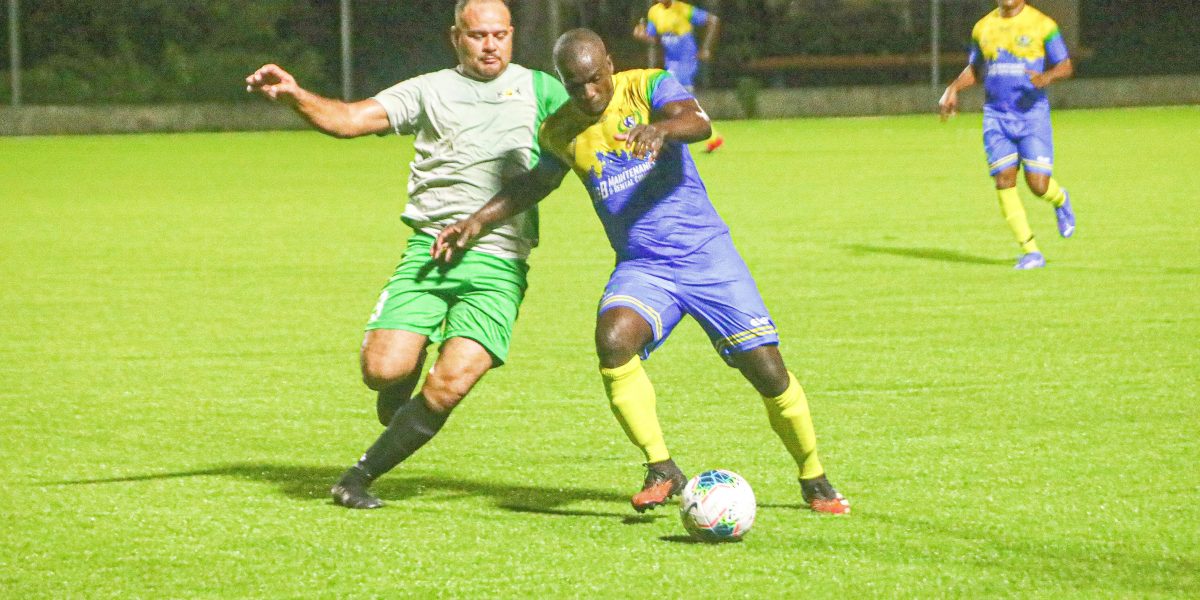 Phillip was irresistible, leading his team to victory with goals in the 2nd, 42nd and 84th minutes, whilst Sheldon Harry found the net in 77th minute

“All in all, we had a collective effort, with lots of passes and the team played well” commented Phillip “We were extremely aggressive on top, striking a lot of shots on goal, with me getting three and Harry the other. The Panthers played really good football and defended well. Offensively we were aggressive, defensively we were aggressive and had lots of passes, all-over a great team effort and going forward, I think that the future is bright. We have made some changes to the team, a stronger midfield now that we are playing a five and all in all the future looks bright!” 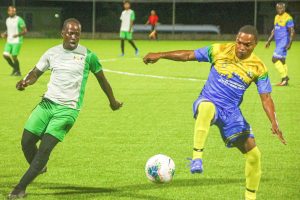 In the other results.

The Sugar Boys FC hosted Wolues FC in the late game over on Virgin Gorda and were surprised to only end up with a share of the points in a 1-1 draw.

The Sugar boys dominated most of the play in the first half missing a few good chances but opening the scoring through a defensive mix up by the Wolues which resulted in an own goal. However, the Wolues improved as the game went on, despite remaining the inferior team on the night and offered the hosts numerous chances to extend their lead, none of which were converted, which the Boys would come to regret when Phillip Nelson equalised from a Noel Maxwell cross in added time at the end of the game.

“’We were happy to find a late draw against a very good team, we rode our luck a little but never gave up and got rewarded at the end with a draw” noted Nelson

VG Utd were also indebted to a late late goal, in front of their home crowd, as a Thomas Albert penalty in the 4th minute of added time gave them a 3-2 victory.

Curtly Peters had put the visitors ahead in the 3rd minute, Levon Williams equalised in the 23rd, Austin Prentice restored the advantage to the Rebels in the 42nd and Devante Samuel made it 2-2 in the 73rd, before the late drama unfolded.

The other game of opening weekend saw Old Madrid FC hold the Islanders FC 1-1 as Humphrey Leue equalised in the 81st minute after Patrick Glasgow had opened the scoring in the 65th.