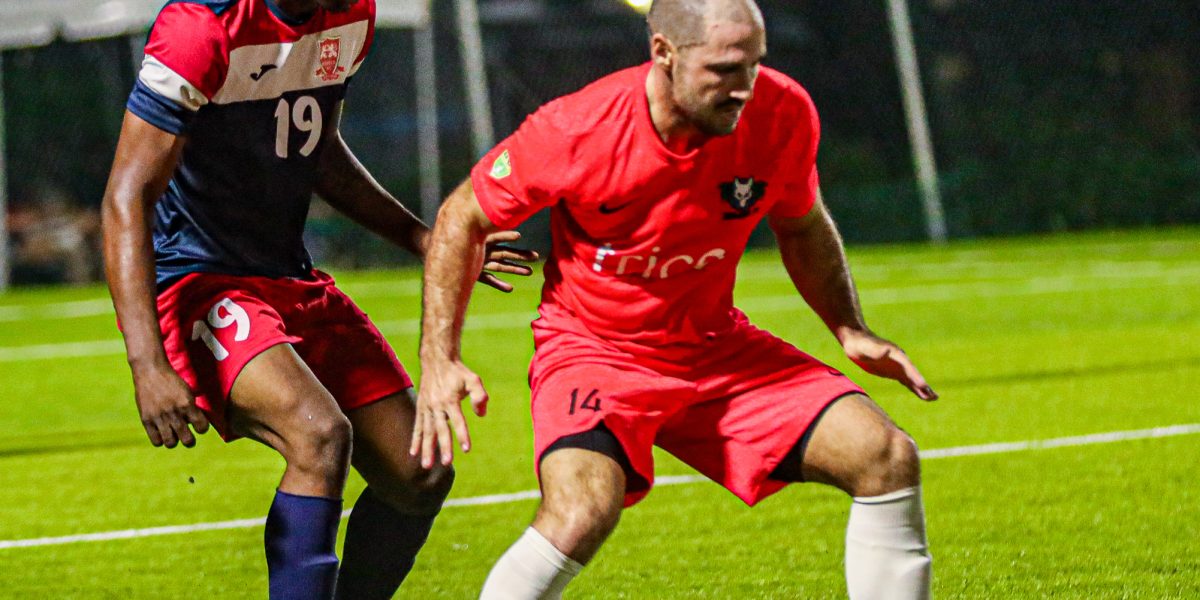 The Sugar Boys FC remain the top team after an 11-0 romp against Old Madrid FC, extending their win streak to five games, as Derol Redhead fired home a hat trick. Andres Bailey notched a brace as did Roland Roberts, whilst Akeem Hendrikson, Alejandro Sanchez and Marknique Williams also were on the scoresheet.

“It wasn’t the most competitive games, but they were shorthanded, and we were able to use the wide areas to fully exploit them” commented Redhead “the most important thing was getting the three points and we did what we had to do, stay focused and happy to remain 100%”

The Boys have to keep up their winning streak because a few of the chasing teams are starting to build the pressure now, with the likes of Wolues FC and Panthers FC still to be at full strength but getting wins. 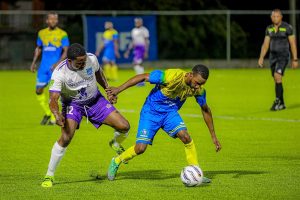 The Panthers especially are waiting for players to return from injury and oversees, but still had enough to defeat Islanders FC 2-0, with goals coming from Jhon Samuels in the 39th and 71st minutes.

“This is a game we had to win to stay in the top four despite being short of players because of injuries and our oversea players not back as yet” noted Manager Ricky “However, the players stood up to the challenge with a must win mentality and it should have been by more goals but we happy with the 2-0 win.”

The Panthers will have a chance to grab second place on Wednesday when the face Positive FC at 7.00pm on the field in East End/ Long Look.

Wolues are in second place in the standings following impressive 4-1 victory against Rebels, despite going a goal down in the 40th minute following a strike from Curtly Peters. The response came shortly afterwards though as Oliver Henderson levelled the game in the 42nd minute and then put the Wolues ahead for good in the 68th. Marcus Robinson rounded out the scoring in the 76th and 78th minutes.

“We knew how important the three points were given how close we were in the standings” noted Phil Nelson “They got the first goal, which was the first time we’ve been behind this season, but we got back equal pretty much straight away which gave us a lot of confidence. The second half we grew stronger and knew that if we kept it tight at the back, we would have enough chances to win the game, with the pace of Ollie (Henderson) and Marcus (Robinson) caused them a lot of problems for the whole game.” 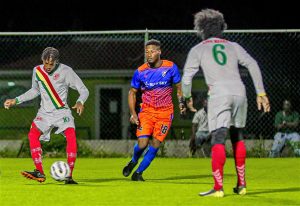 Lion Heart FC also got their season kick started with first win of the campaign, 5-0, against One Caribbean FC to jump up to eighth in the standings.

“It was a good game for both teams” stated Manager Winston Brown “We had trained hard though and had discussed in detail how we wanted to approach the game. We executed those plans and came out victorious with five goals and three points” 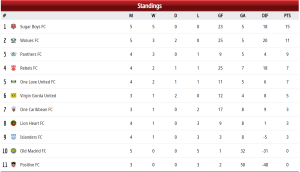