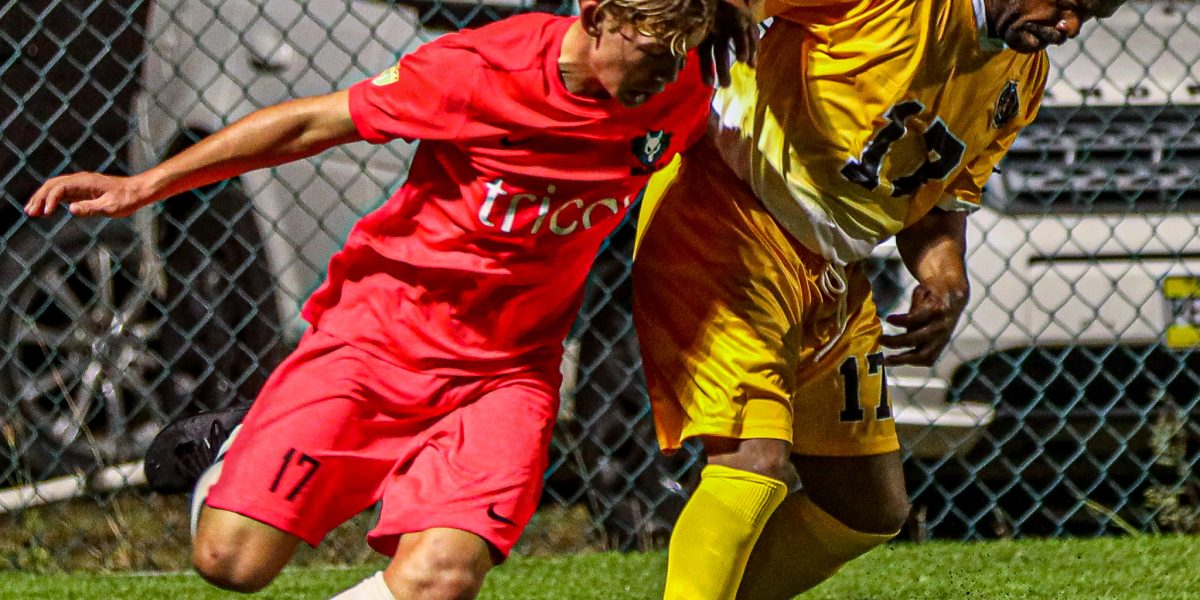 The Wolues crushed Old Madrid 11-0 to move to just a point behind the league leading boys from Virgin Gorda, with Marcus Robinson scoring a quadruple of goals in the 4th, 7th, 24th and 71st minutes, Rush Broderick a hat trick in the 10th, 37th and 71st minutes and solo strikes from Tai Thomas, Paul Edward, James Mailey and Phil Nelson.

“It was a good performance from us, but the game was over within 15 minutes really” commented Nelson “We had four under 18s starting the game and another off the bench which is very pleasing. Hopefully the mix of youth and experience helps us keep pushing up the table. We’ve lost points to them over the years, so we are very happy to pick up the win”.

Meanwhile the Rebels bounced back from last weekend’s defeat with a crucial 3-2 win over rivals Panthers FC, that moved them into third place in the standings

Johari Lacey with a double (51st and 65th) and Aquila Pressley (53rd) seemingly put the Rebels into a commanding position before the Panthers roared back into the game as Ezra Alleyne scored twice (74th and 88th), to make it 3-2, and give the Rebels late cause for concern, but they stood firm and took all three points

“This was a very important win for us” noted Rebels Manager, Audain Lennon “In the first half we could’ve scored so many goals with the opportunities we had. At half time we made a few adjustments and went back in the second period with a solid game plan and scored three quick goals. Our opponents happen to pull back two late goals in the second half which gave us no choice than to drop deeper and defend. It was a great game overall and we can now look forward to a bigger game next weekend.”

The VG Utd against Positive FC was postponed, and Lion Heart FC were awarded a forfeit win against Islanders FC, who didn’t have enough players ready to play at game time.

This evening, Wednesday 23rd November, One Love FC face One Caribbean FC at East End/ Long Look with a 7.00pm kick off. 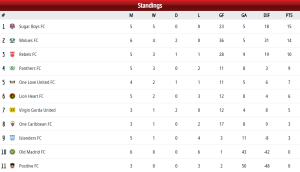