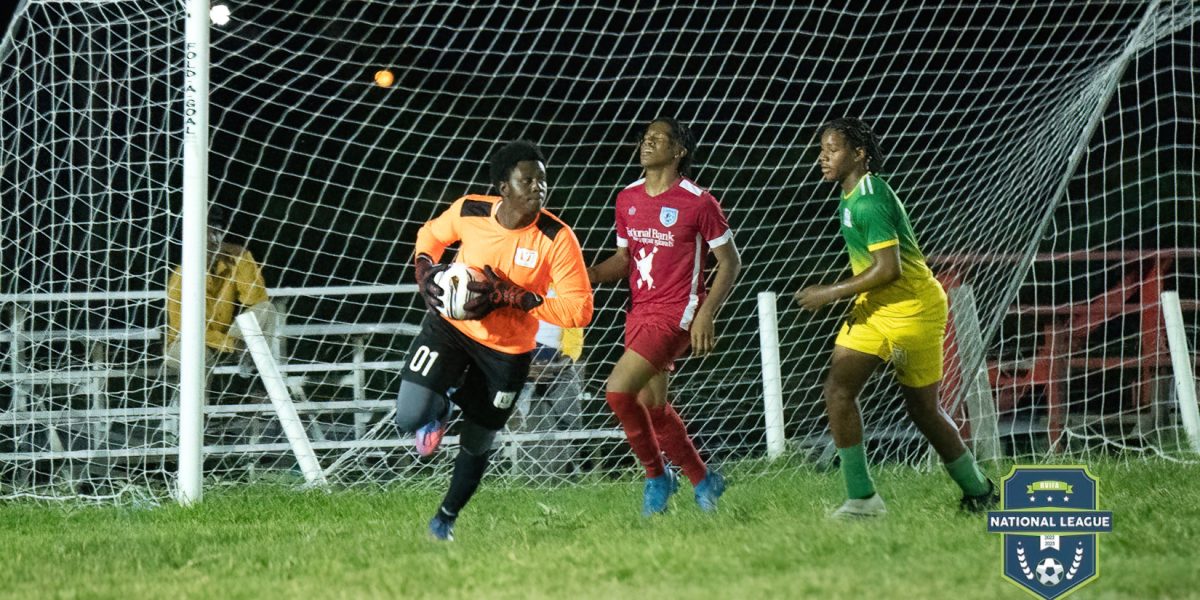 Only two games took place over the weekend with Sugar Boys cruising to a 5-0 win against Positive FC, in a game which was stopped by the Referee, just before half time with injuries meaning Positive FC could not field enough players for the game to continue.

By the time the decision was made, Derol Redhead had already scored twice (6th and 30th mins) to become the current league leading scorer with nine goals.

“They (Positive) had only started with nine and then were reduced to just six” commented Redhead “but nevertheless we were happy to come away with the three points and to keep our winning streak going. Our aim is to be Champions again so coming out on top just keeps us going towards our plan”

Virgin Gorda Utd then got back into winning ways with a hard fought 1-0 win against Islanders FC in front of their home fans on the Virgin Gorda Recreation Ground, with the only goal of the game coming in the 86th minute from Adrian Padilla Adams.

“It wasn’t one of our best games” noted Manager Jermain Abrams “we had not played for a few weeks, and it was definitely an ugly win. We did not play our best, did not capitalize on our chances, but dominated possession, managed the all-important goal, and will take the three points. We are thankful for that!” 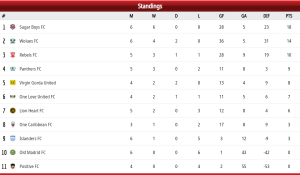 Wednesday night (30th November) sees a commemorative match take place at the East End / Long Look venue between a BVI team and The Rest, to recognize the 150th anniversary of the first ever international match that took place in 1872 when England faced Scotland.

There will also be a series of School games starting at 3.45pm with the main game kicking off at 6.30pm.