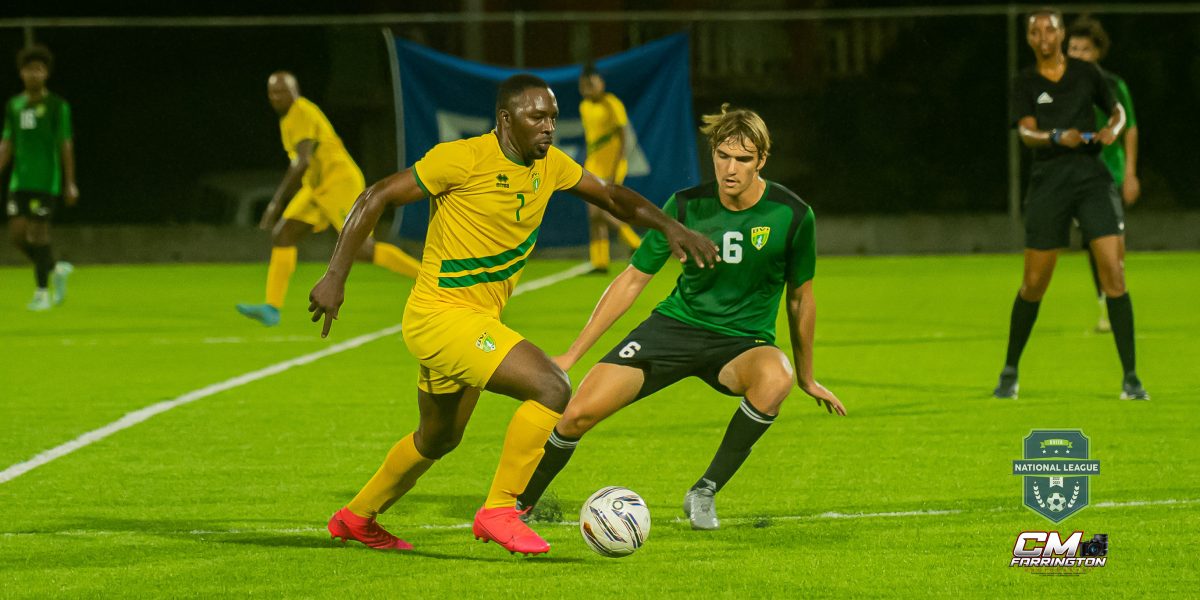 Whilst the crowd may not have quite reached the numbers that watched the first ever match, which took place between England and Scotland in 1872, at least this time around goals were scored in abundance, with the original game ending in a 0-0 stalemate.

4,000 fans reportedly attended that game and at one point thought Scotland had scored, but match officials deemed the shot had actually gone over the bar, which was a tape stretched between two sticks (early VAR?).

There would be no such controversy during the BVIFA’s exhibition game, which was supported by the BVI Government, Office of the Governor, and featured His Excellency, Mr. John Duncan representing both teams on the pitch at separate times during the game.

“I want to thank all the those involved in this successful event, which my Office was pleased to support. I was particularly interested to see and learn more about the work of the BVI Football Association in encouraging boys and girls across the Territory to get involved in football and to develop their skills and fitness. I was also pleased to get the chance to play ten minutes for each team, hopefully showing that football remains open as a sport for older people as well! And as a keen follower of football, I look forward to continuing to cheer on the BVI men’s and women’s teams in their international fixtures”

Whilst Sheldon Harry Jnr. notched a first half hat trick inside six minutes (30th, 33rd and 39th) for The Rest it was the current National League top scorer, Derol Redhead, with his second goal, who put the Rest up 5-4 mid way through the second half and seemingly on their way to victory. However, Team BVI would then pile on the pressure and get reward for their endeavor by forcing an own goal to level the game at 5-5.

“It was fascinating to play alongside the Governor, Mr. Rankin” commented Redhead “we played very well, and it was very tense, but exciting game”

Team BVI had reached the break at 4-4 courtesy of Jhon Samuel who scored his second in the 44th minute, whilst Adrian Padilla and Troy Caesar, via a well taken penalty, were also on the score sheet.

“It was a fast & well-played game by both teams” commented coach of The Rest, Latoya Sue, who had selected her players from the various non BVI Islanders playing in the National League “The game was extremely competitive and the way my team blended made it an interesting watch. These guys are used to playing against each other and this was the perfect opportunity to bring these guys filled with experience & talent together to play against a more youthful BVI team filled with energy, talent, and great chemistry”

On Saturday 3rd December, at 6.30pm, Panthers FC face VG Utd on the field at East End, knowing that a win for either side would see them move into third place. That game is followed at 8.30pm by Old Madrid FC against Positive FC, whilst on Sunday, also at East End / Long Look, Lion Heart FC face Rebels FC at 6.30pm followed by One Caribbean FC against One Love FC at 8.30pm