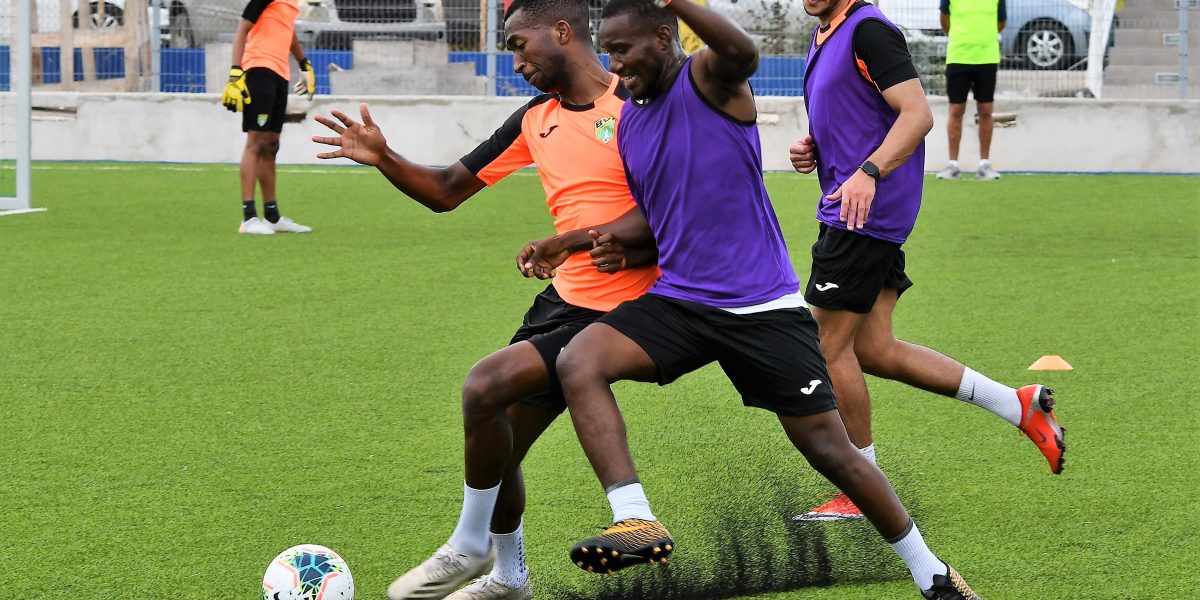 Carlos Septus, at his third World Cup, for the BVI, was equally impressed with what unfolded on the 3g artificial surface of a similar high quality to the one at East End / Long Look

“I’m enormously proud to represent my nation and it’s not something that is easy” he said, “there is big player out there who got skill and talent that haven’t had that chance.”

Septus went onto to say that the coaches and the younger players had blended very well and when the games started the players came out hard, not to just play like babies, but like big men and even the hot sun could not stop did not affect things.

“I liked the intensity and I believe that we will give the other teams in our group a good game. Those, like Guatemala and St Vincent, will be surprised by our quality and they will get what they don’t expect.” 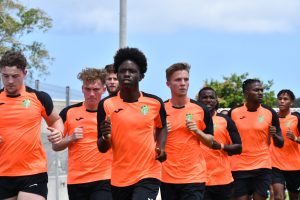 Coach Clinton “Tinnie” Percival was seeing the entire squad working together for the first time and was excited by what we he saw “the focus and intensity was great to see and exactly what we are looking for. If we can keep reproducing those levels, then we will be in an exceptionally good position. At the end of the day, it is eleven against eleven, so even though our opponents may be more seasoned than us, so if we do our best then I see no reason why we can’t get a positive result.”

Practice resumes on Saturday with a tactical analysis session and then back out onto the field to run through some passages of play and transitions, which will take place at the same time frame as the actual games to further acclimatize the players.