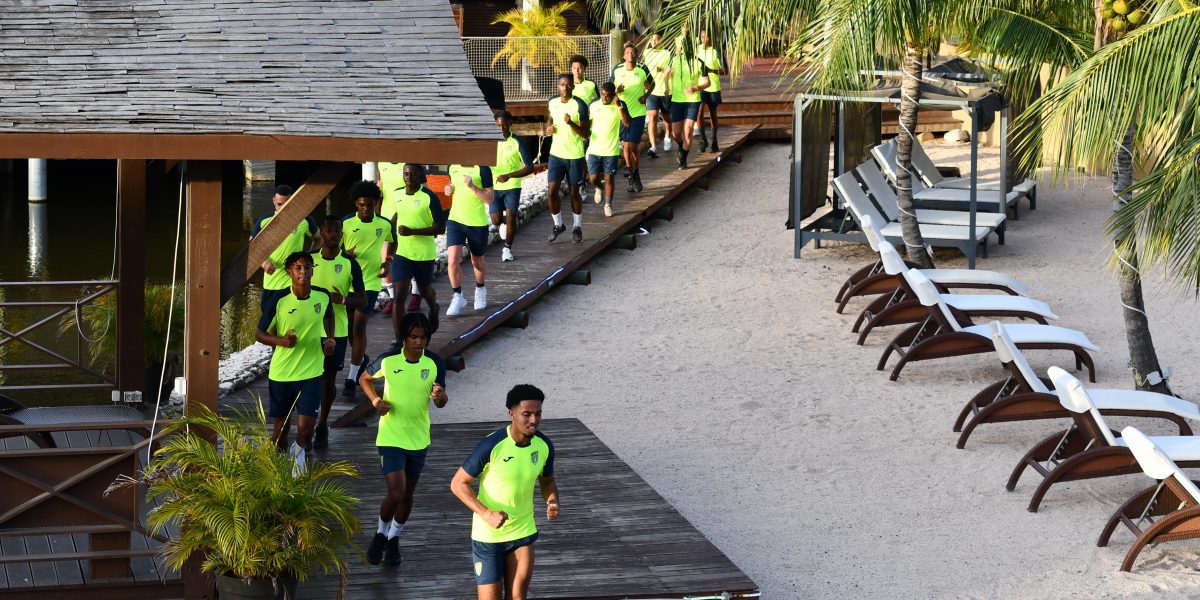 Based at the Acoya Hotel, just across the road from their main training ground in Willemstad, the players have already begun work on acclimatization and fitness with Strength and Conditioning coach, Javon Carty, as well as being given comprehensive plans on strategy and expectations from the coaching staff, including Dan Neville, Clinton Percival, John Reilly and Morris Mark.

One of the debutants Kevin Fisher-Daniel felt the work out had been a nice introduction to the Camp and had set the tone as to the levels of hard work to be expected “it was just a little thing, but good to have the entire squad together. The work out certainly helped to get rid of the jet lag, but I feel match fit and am ready to go!” 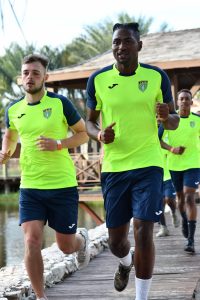 Fisher-Daniel also said he was thrilled to be a part of the squad, ready to go for a win and to give his all.

Coach Carty was also happy with the first session “they are looking very good, the fitness level seems high, and I’m definitely pumped up to see how they perform on the field.” 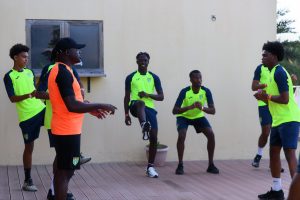 The squad will have another strength and conditioning session today (Friday 19th March) ahead of an afternoon of training at the Curacao National Stadium named after local goalkeeping hero, Ergilio Hato.

A full programme of training will continue over the weekend and then on Monday a warmup game against the local Division One Champions.