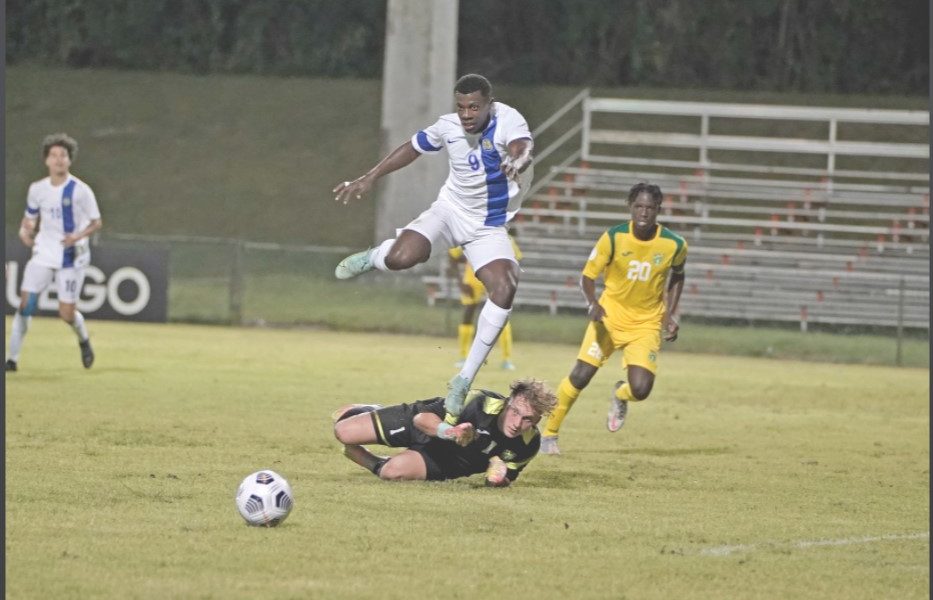 The game, played at the Estadio Panamericano in San Cristobal, Dominican Republic, was a baptism of fire for the Boys against a stronger, faster, especially when transitioning into attack, Curacao, who opened the scoring in just the fourth minute through Gio-Renys Felicia as the BVI lost possession on the right-hand side. 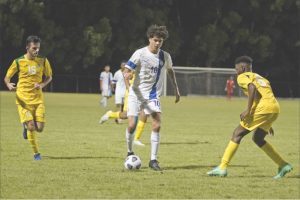 Naygiro Sambo doubled their advantage in the 18th minute and Curacao were 4-0 up inside the half hour mark with further goals coming from Juruel Bernadina and Felicia before Sambo scored his second, making it 5-0, just after the re start. The BVI though rallied defensively, and it was not until the final few moments of the game that Curacao scored through Shudelmar Dorand (90’) and Akram Potmis (90+3’) to pad out the final score at 7-0. 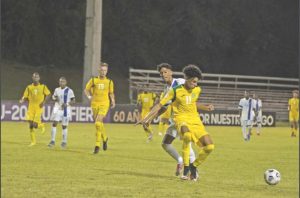 “The boys started the game in very high spirit but after conceding a goal within the first three minutes we never recovered” commented Coach Clinton “Tinnie” Percival “Curacao took advantage of our defensive mistakes, but as the game went on our boys started playing better. During the half time break we made a few changes and in the second half our confidence and ball play also improved, and we competed well up until the last five minutes of the game, when we conceded two more goals. I am confident though, that the team will make the necessary adjustments for the next game on Tuesday and have a better outcome.” 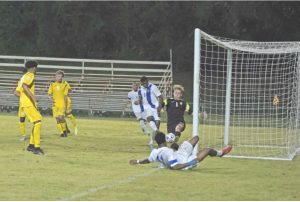 “A disappointing result against good opposition” commented FA President, Mr. Andy Bickerton, who made the trip to support the team “A lot of improvement (in the second half) and I am proud of the way the boys fought to the end showing great National pride! We have to pick ourselves up and move forward.”

Apart from Grenada on Tuesday 9th November, the Boys will also be playing Sint Maarten next Thursday (11th Nov) and Dominica on Saturday (13th Nov).