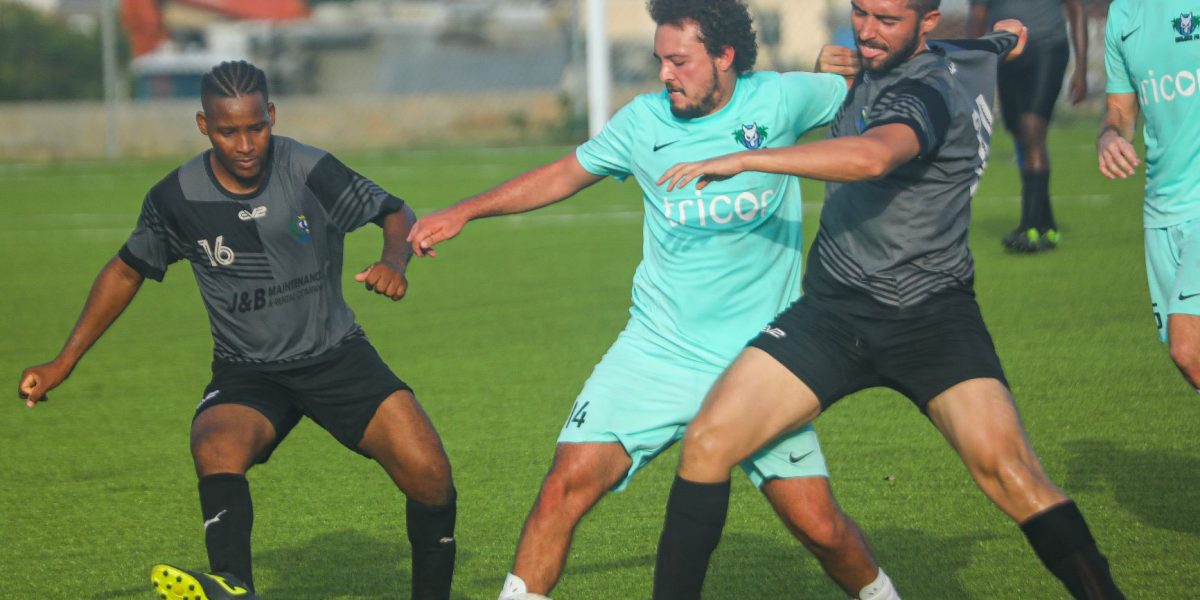 In a weekend schedule decimated by the rain and wind, it was the only game to survive the weather apart from an U13 encounter between Old Madrid FC and One Caribbean FC which saw the Jost Van Dyke based outfit downed 2-0, conceding goals in the 2nd minute to Marc Tan and the 10th to Morris Mark Junior.

The Panthers were almost left to rue two missed early first half chances to gain a stronghold in the match and then going a goal down early in the second half, but talisman probable Golden Boot and match MVP, Nigel Sanderson saved the day with a last-minute equaliser that sent the game to penalties.

It was the second time in successive matches that the Panthers faced the drama of a penalty shootout, having seen off the Islanders FC the previous week and once again with National team Goalkeeper, Phillip Graham between the sticks, the outcome was the same, this time 4-3 to the resurgent Panthers. 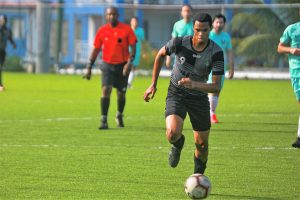 The regulation late equaliser had come from an assist by Coach Wayne Phillip who was very enthused by the way his team is playing now, having nearly missed out on reaching the 2nd round. “We pressed and defended very well and I’m proud of the team” he said, “We have looked the best in taking penalties and proved that again this time”.

There is a full round of matches on Sunday with Sugar Boys FC facing Panthers on the East End/Long Look pitch at 4pm, whilst over on the Virgin Gorda Recreation Ground, at 5.45pm Lion Heart FC take on Wolues and then at 8pm VG Utd play the Islanders.