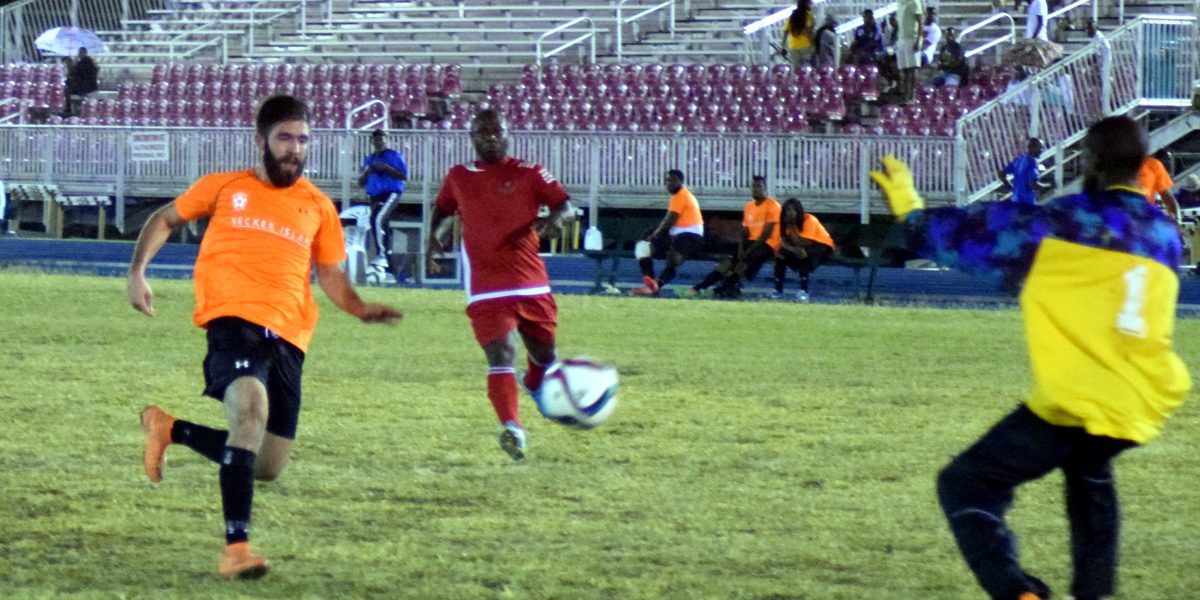 Whilst they will have to wait for the Official Presentation of the Trophy, the Islanders secured a 4th consecutive BVIFA National League title, with a 2-1 win over the Rebels F.C. on Sunday 29th January, 2017

Needing at least a point to deny the Sugar Boys, who beat Old Madrid, 4-1, the previous day, a chance of sneaking the Championship, the Islanders went ahead in the first half through Fitzroy Daley. However, Joel Williams equalised and it was left to talisman, Avondale Williams to calmly slot home the winner from the edge of the box.

There are still games to go on Wednesday and at the weekend, but at the conclusion of the last game of the season, the Sugar Boys against the Islanders, the presentations will be made.

Sugar Boys had applied a little bit of pressure on the Islanders with a comfortable victory on Saturday against the Old Madrid side, with Mohamed Kafour scoring a hat trick and going joint top of the Golden Boot table on 11 goals.

Kevin Fisher of the Islanders also has 11 as does Richard Morgan of One Love.

The other goals came from Akeem Hendrikson and a Sugar Boys own goal.

Despite defeat, the Rebels guaranteed themselves a top four finish as did One Love with a 2-0 victory against the Panthers, courtesy of Goals from Morgan and Uriah Junior Baptiste

The Wolues 4-0 win over VG United was the penultimate weekend’s action with goals from Kevin Carragher, Giovanni Di Biaise (2) and Omar Elliston.