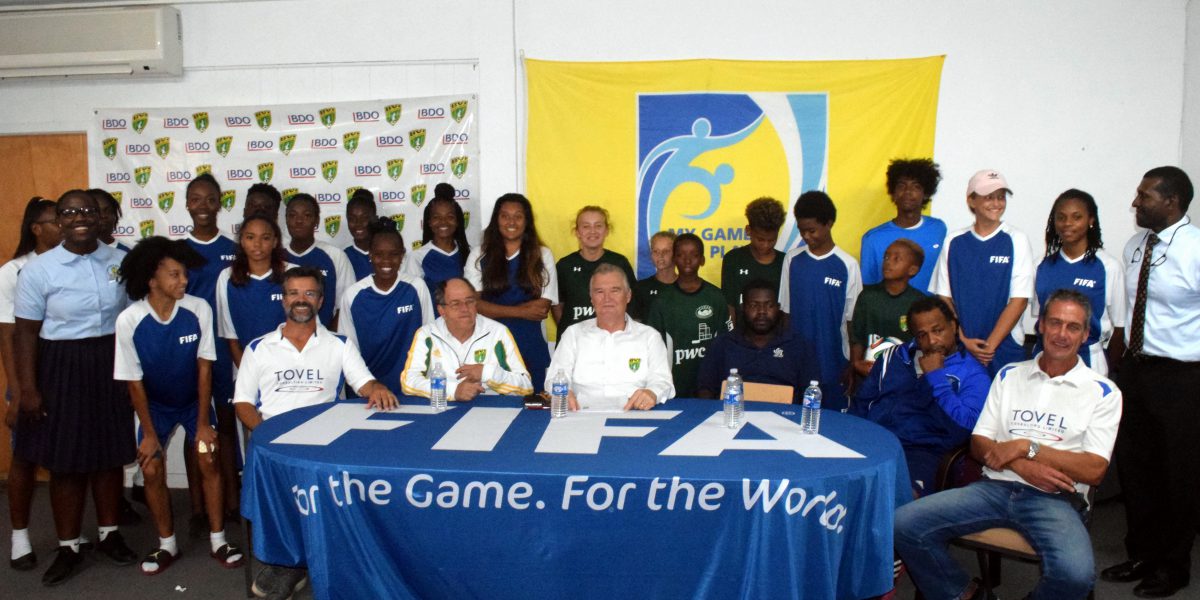 In an unprecedented level of partnership the BVIFA has joined forces with the Manatees football club to send no less than five teams from the Territory to a Youth Football Tournament in Puerto Rico on Friday 27th January, 2017.

The tournament, the 2nd GPS Caribbean Showcase, will be held at the Bayamon Facilities in Puerto Rico and last year over 60 teams took part – both boys and girls.

Those teams were from various US States – Rhode Island, New York, Chicago, Florida and Boston. Other teams flew in from the Dominican Republic, US Virgin Islands and the British Virgin Islands and this time around the organisers, GPS, are hoping to see an influx of teams from other surrounding Caribbean islands plus the most competitive teams once again from Puerto Rico.

The event will be held over the January 27th – 29th, 2017 weekend and offers further exposure to college coaches for all of the showcase (U15-U18) players in attendance and a high level of competition for elite U9-U14 teams.

Last year the Manatees went to the tournament with one of their teams reaching the semi finals, so with the increased participation and higher level of preparation there is great hopes for the teams to go at least one better and reach the finals.

For 2017, the FA has partnered with the Manatees to increase the number of teams going to include U17 Girls, U15 Boys, U13 Boys and Girls and U12 Boys.

As F.A. President, Mr. Andy Bickerton announced “It is going to a big challenge for our young players, it is a great opportunity though for them to get experience playing against quality players and we are full of confidence that they will do well”

John Reilly “it is great that we can partner with the F.A. and we are really looking forward to it and will use the Tournament to build teams of youth players for the future”

Miquel Marshall, U15 Boys Captain noted that “the tournament is going to be good- we have trained hard and with a couple of the team going before we know what is expected of us to do well”

Tola Broderick, on behalf of the U13 Girls stated that “it will be a great experience and one that her team is looking forward to. Some of us have been before and know how tough it will be but we are ready”

Morgan Creque spoke about how great opportunity it will be to showcase ability and talent in front of college scouts and other teams from a larger area and Girls U17 Captain Jakisha Rigobert mentioned that she was very proud of her team mates and knows they will do well,

“I encourage us all to do what we have to do, to the new ones I know you will enjoy the experience and all of us are looking forward to putting the hard work into practice on the pitch, win lose or draw”

“It is a very important tournament for us at all levels” commented new Technical Director, Marcos Falopa, “I will try to help the Coaches and players get better and am hoping everything goes well. I’m sure some of our talented boys and girls will catch the eye and get an opportunity to go onto big and better things like scholarships and chances to further their education and football”

On Friday Students aged 15-17 will be attending a meet and greet with college scouts and coaches at the Tournament and will give them an opportunity to find a college and how to go about making applications, what is expected and how best to impress