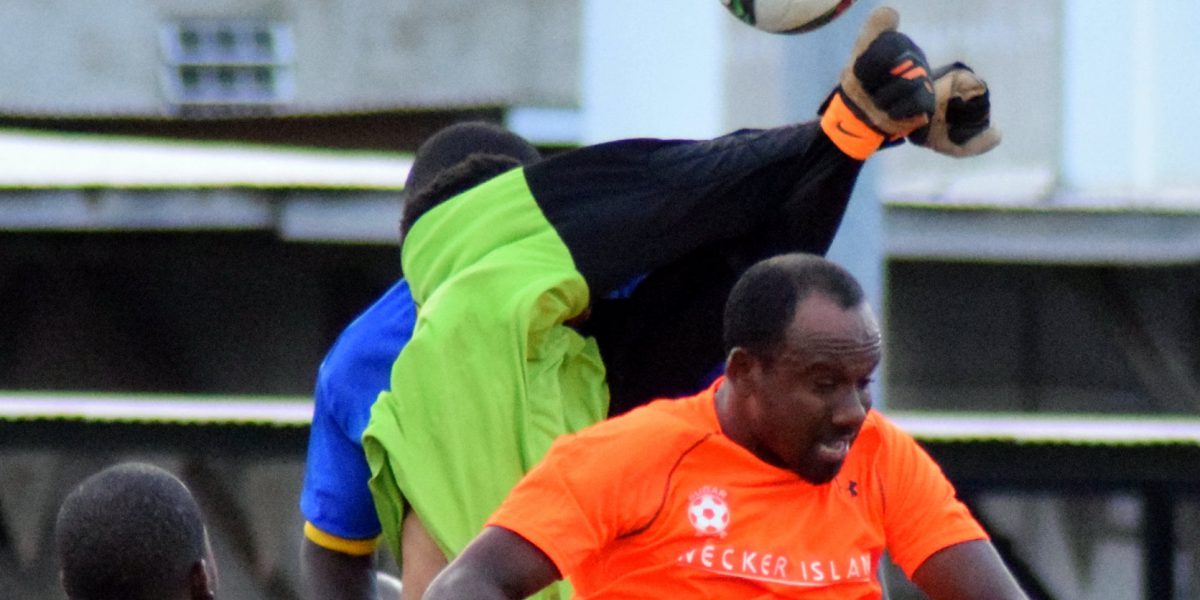 With a lot, more hard work than they bargained for, the Islanders F.C. all but claimed the National League Title with a 1-0 win against the resurgent Old Madrid on Sunday 22nd January, 2017.

The only goal of the game came in the 48th minute from the league’s leading scorer, Kevin Fisher and whilst far from capping a performance worthy of champions elect it at least gave the Islanders a 9-point lead at the top of the standings.

The Sugar Boys have a mathematical chance of still grabbing top spot as they have a game in hand, are still to play the Islanders, but have a far less goal difference.

They stayed in touch with a nervy 2-1 win against the Panthers with Phillip Graham proving first a handful for them to beat in the Panthers goal and then supplying an acrobatic touch and volley to score in the 65th minute to leave the Sugar Boys season in the balance.

Terrence Nanton scored from the penalty spot and Keron Daniel gave the Boys a two goal cushion, which proved just enough to see them home.

One Love are in fourth place are two second half goals from Trevor Ellis finally overcame a tenacious Virgin Gorda United and the Rebels stay third after a 3-1 win over the Wolues, who now sit just outside the top four.

Carlos Septus scored in each half and Michael Baptichon netted the third deep in added time at the end of the game after Kevin Carragher had levelled the game at 1-1.