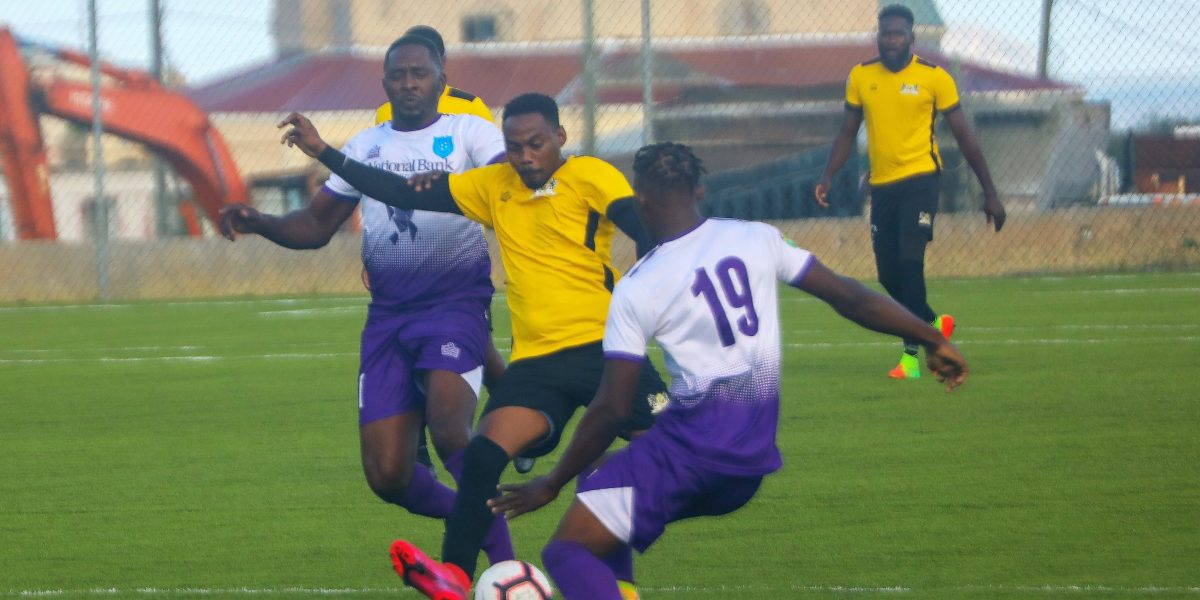 The Domestic trophy record holders struggled to break down a disciplined One Love defense, but in the 53rd minute Deandre Rogers settled matters and secured all 3 points for his team with the games lone goal.

Lion Heart FC continued their surge up the table and underlined their desire to qualify for the knockout stages, by finishing in the top 6, with a 3-1 victory over the Panthers FC, who continued their slide and have now lost three in a row.

Janel Ferdinand put Lion Heart well on the way to victory with two first half strikes, in the 15th and 21st minutes and by the time Nigel Sanderson scored a consolation for the Panthers in the 71st minute from the penalty spot, Dwayne Smith had already made it 3-0 just after half time.

Whilst Lion Heart have now won their last three games and are sitting pretty 4th in the standings and look on course to give the usual top three teams a wakeup call, the Panthers are in danger of missing out on a post season.

In the other game played, One Caribbean FC and Old Madrid FC battled to 1-1 when Fitzroy Daley equalized from the penalty spot in the 67th minute after youngster Gethin Jones had put One Caribbean ahead in the 55th minute.

This coming Saturday, 10th April, Lion Heart face Rebels FC at East End/ Long Look searching for another 3 points, whilst Rebels will be still looking for their first points of the Tournament.

That game kicks off at 4pm, whilst at the same time on Sunday 11th April, also at East End/Long Look, One Caribbean FC meet Panthers FC with both teams needing a win to keep diminishing hopes of a berth in the knockout stages alive.

Meanwhile over at the Virgin Gorda Recreation Ground at 5.45pm, Old Madrid FC take on Wolues FC, knowing defeat could seriously dent their chances of a top six finish, and then at 8pm the clash of the weekend pits Sugar Boys FC against VG Utd in the El Classico.

VG Utd are currently well down the standings, but have games in hand over their rivals, but also have to play the Wolues before the season ends, so will be mindful against making any slip ups as they look to advance into the knockout phase. 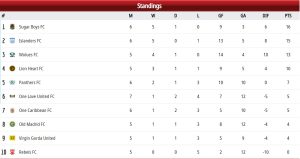