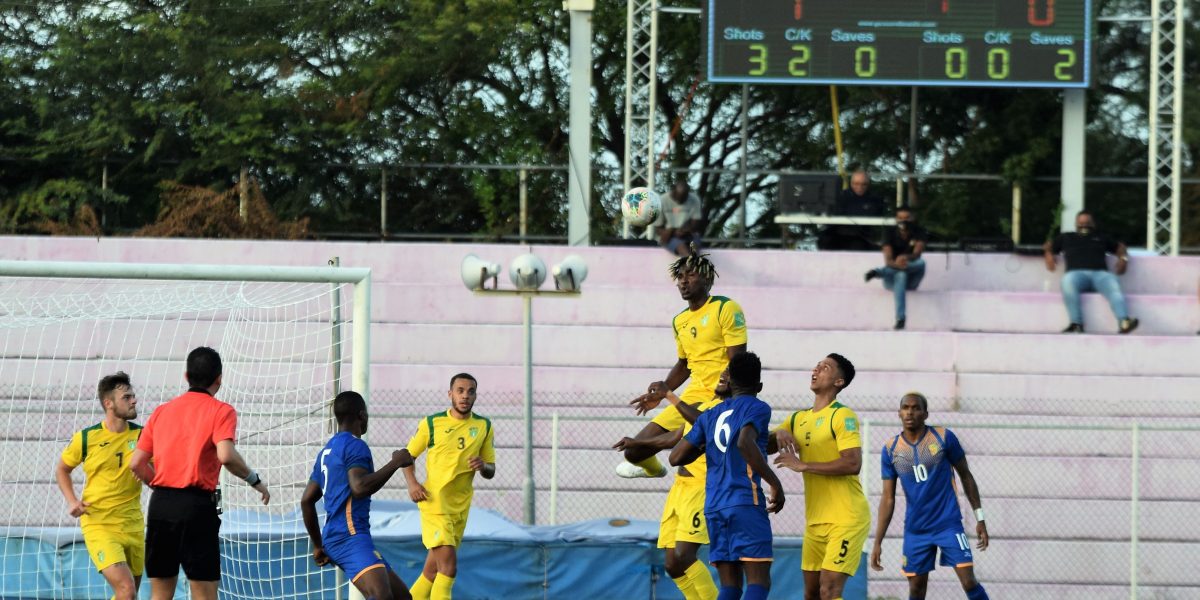 In the first game, a 0-3 defeat to the professionals of Guatemala, had seen the youthful and inexperienced BVI put up a marvellous battle to thwart their vastly more experienced opponents and there was certainly no disgrace in the final score line.

On Tuesday 30th March, after just two days’ rest, the BVI returned to the Ergilio Hato Stadium in Curacao to face St Vincent and the Grenadines, who had double the rest time and showed their strength and power in racing into a 2-goal lead inside the first 25 minutes, through Oalex Anderson and Zidane Sam, albeit with the benefit of a slow start and mistake prone effort from the BVI. 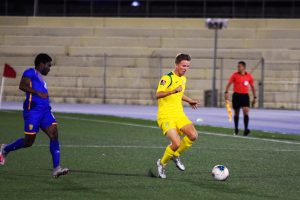 Ringing the changes and giving first Luca Reich a debut, linking up with Tyler Forbes and Luka Chalwell in a fresh and energetic striking combination, the BVI took the game to the Vincy Heat and had them on the back foot for much of the rest of the game.

Carlos Septus, Josh Bertie, Tosh Gallimore, Jamie Wilson, Miguel Marshall et al put the heart and soul on the line to threatened to score a goal that would set the hearts racing, but The Vincy stayed firm and scored a decisive third late on against the run of play, through Azinho Solomon.

Senior team debuts were handed to Justin Smith and Ikyjah Williams with both settling into defensive roles with maturity, pace, and determination, meaning that the future will be a lot brighter than the past for the BVI.

For the record, the average age of the team at the final whistle was 19, with less than 100 caps between them, which if the FA’s development path continues at the same pace, then the rest of the Caribbean had better watch out over the next decade.

“I was very pleased to get on” commented Reich “I had a couple good touches and was happy with my performance if not the overall result. Switching it up at half time and with the youths on, we brought desire and passion, played like we really wanted to work for a result, and pushed them all the way”.

Interim Lead Coach Dan Neville was philosophical about the result but pleased with the debutants “first half was very disappointing, and we were very lethargic, but the changes at half time, with the young players coming up, made a huge difference and gave us some fresh impetus. We used to struggle off the bench, but now we have real game changers waiting for their opportunity”.

The BVI are effectively out of the running for progression in the qualifying tournament, but still have games to play against Cuba and Curacao at the end of May and early June, both of whom will provide stern tests for the team, but one that will be relished as the young team look ahead to the CONCACAF Nations League in September.