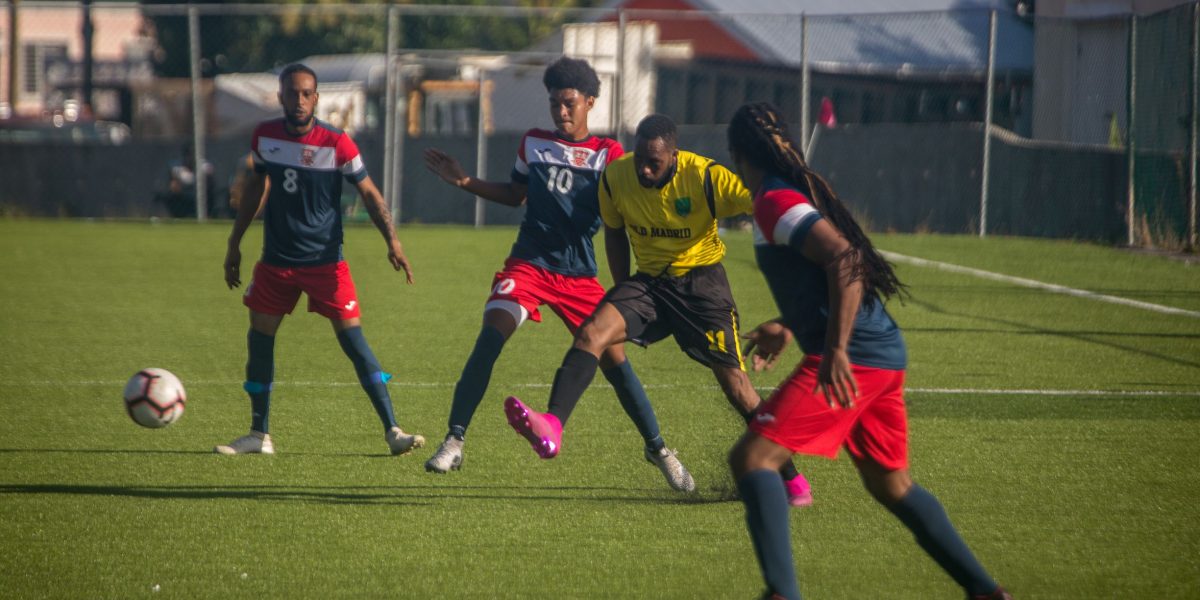 The unique format of the Super 6 sees the FA’s member Clubs vying for a top six finish, whereby they will then play a round robin to see who can qualify for the best of three matches Grand Final in June.

Old Madrid certainly laid down an early marker that they intend to grab one of the spots that ensures progression with what turned out to be a comfortable, but highly contested victory against a youthful Rebels team, despite going a goal down early on.

Jamal Sargeant put the Rebels ahead in the 17th minute and it was not until added time at the end of the first half that Fitzroy Daley levelled the game from the penalty spot.  Giovanni Grant scored a superb solo goal in the 75th minute, to put Old Madrid 2-1 up, when after a mazy run down the left-hand side he calmly lobbed the Rebels keeper. 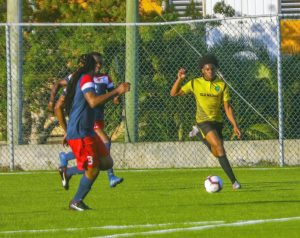 “it was like experience against youth out there and experience came out on top” commented Kenrick Grant of Old Madrid “they seemed very quick and aggressive in attack, but we capitalized on their mistakes in them keeping their shape and caught them on the counter.”

Once Old Madrid had taken the lead, they began to dominate possession and created several good chances, especially from Kenmore Simmonds who seemed to lose his footing at the last minute when scoring seemed an easier option.

Simmonds though would make amends when he wrapped up all three points for his team with a strike in the 89th minute to make it 3-1.

In the other games, played over in Virgin Gorda.

Lion Heart FC beat Virgin Gorda United 2-1 with Janel Ferdinand scoring twice in the first half before Joshua Ramprashad pulled one back for VG Utd in the 82nd minute to set up a frantic last ten minutes. However, Lion Heart remained solid at the back to ensure all three points.

And Sugar Boys FC also got off to a winning start as they saw off the challenge from One Caribbean FC to secure a 2-1 victory. McGraw Baptiste from the penalty spot in the 23rd minute put them ahead before Michael Castello doubled the advantage in the 52nd. Kelvin Glasgow scored a late consolation for One Caribbean.