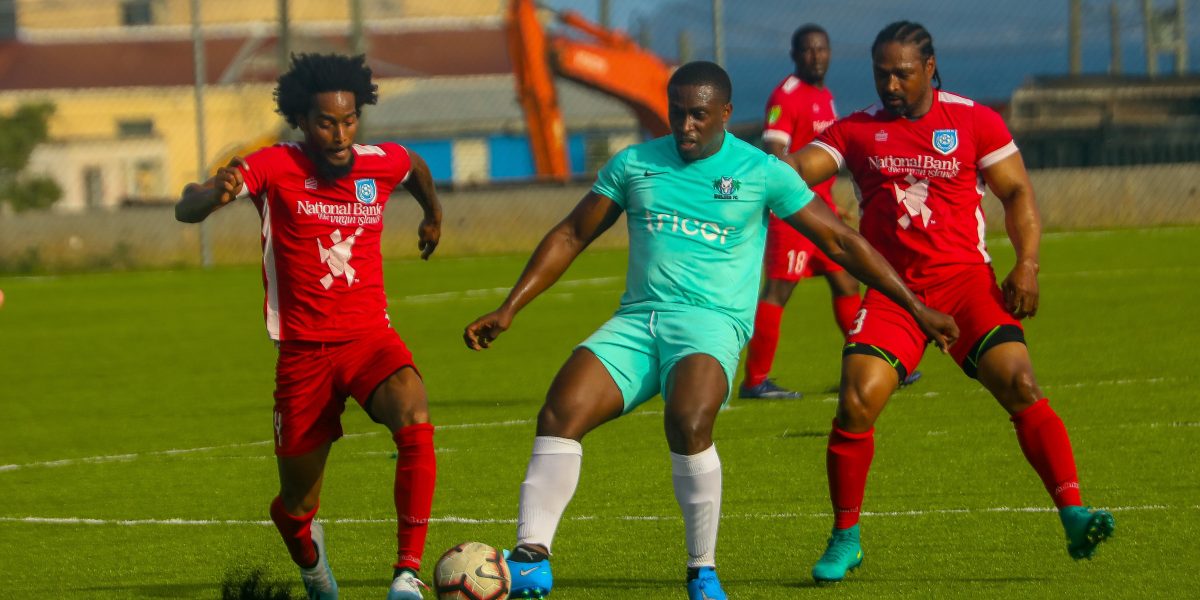 The Early setback at the FA’s new stadium venue in East End / Long Look came when Knru Charles latched onto a diagonal pass over the top in the 6th minute to catch out the Wolues defence and coolly slot home to give the National League and Presidents Cup Champions, Islanders the lead, but the Wolue’s fired into life, responded 13 minutes later when Tim Parson rose highest to bullet home a header from a Phil Nelson corner and in the 27th minute, Nelson scored what turned out to be the winner from the penalty spot, after his original shot was handled by an Islanders defender in the box

The score line stayed at 2-1 as both defences remained resolute throughout a tense, tactical, probing second half from both teams.

In the other games

One Caribbean FC had a hard fought 1-0 win over One Love FC in a game that saw OCFC hand senior debuts to three U17 players in Adrian Pallidin, Gethin Jones & Jarrell Fredricks, who along with Miles Creque held One Love at bay until some more experienced players, held up through work commitments arrived. 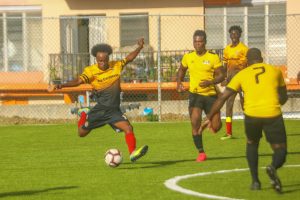 The youngsters though more than held their own and kept the game goalless, however with the additional players the team began to grow in confidence and started moving the ball around with pace and precision to create more and more scoring opportunities. Towards the end fitness told on the tiring One Love players and just when it seemed a share of the points was inevitable, up popped striker Kelvin Glasgow, who scored in added time at the end of the game to snatch all three points.

Panthers FC opened the scoring against Old Madrid FC, but then found themselves 2-1 down, before romping to a 5-2 victory. Nigel Sanderson netted the first of his four individual goals in the 9th minute, but Kendrick Leslie equalised in the 27th and Philroy Peters put Old Madrid ahead in the 34th. Sheldon Harry made it 2-2 just 3 minutes later and Sanderson added another three, including two penalties in the 43rd, 45th+2 and 54th minutes to secure a comfortable win.

And to round the weekend, VG Utd handed Rebels FC a second straight defeat, 2-0, on the Virgin Gorda Recreation Ground, with goals coming from T’Khoi Richardson in the 50th minute and Levon Williams in added time at the end of the game.