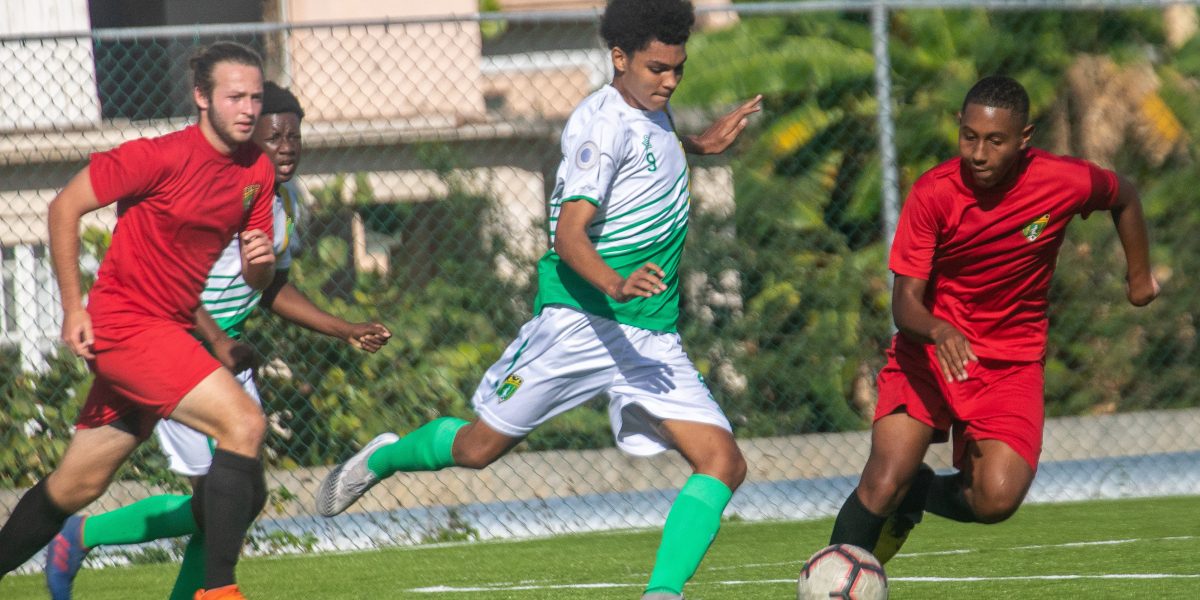 The FA iniative of holding the U13 and U17 National Youth Leagues as well as the Women’s Futsal League had already paid dividends in terms of showcasing the Territories talent, but the addition of the All Star games enhanced the development plans already in place for Football.

In the U13 game, Panthers FC, THE Champion team overcame their All-Star Opponents, 3-0, with goals coming from Myles Penn (2) and Lashawn Gibbs.

The U13 Girls Exhibition added to the days play on an initiative from Julia Reich of the Wolues FC saw a scintillating display that ended 2-2 with goals coming from Millie Cottreau, T’Nyah Richardson, Kyla Flax and Edith Ferrer. 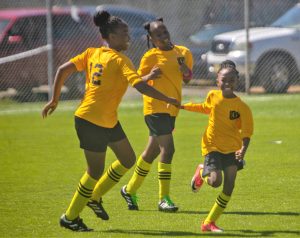 The U17 Boys, named as North Ballers and South Strikers by Coaches Richie Morton and Morris Mark also ended as a draw, with goals from Ikyjah Williams and Sam Potgeiter and the Women’s game, which saw them playing on the full pitch and eleven a side after their Futsal Season, showed how quickly they are returning to full competitive action capability as Tola Broderick scored the only goal of a fast-paced game for Tortola in their 1-0 victory over Virgin Gorda. 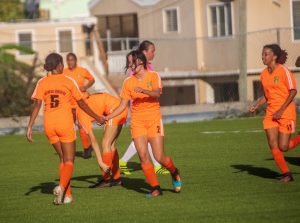 All the Coaches agreed that the day had been a great success, sentiments echoed by FA Executive Board Members, Mr. Avanell Morton, responsible for Youth Development, Mrs. Loralee Walters-Abrams, the driving forces behind getting so much Football organized throughout difficult times and FA Treasurer, Mr. Kenrick Grant, “It was an excellent day!” noted Walters-Abrams as both she and Morton congratulated all the players and Coaches who had made it all possible.

After dust had settled on some exhilarating displays on the field the team and individual awards were presented. 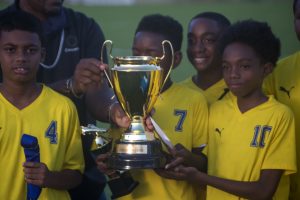 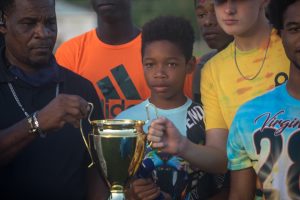 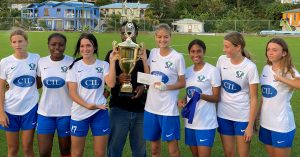