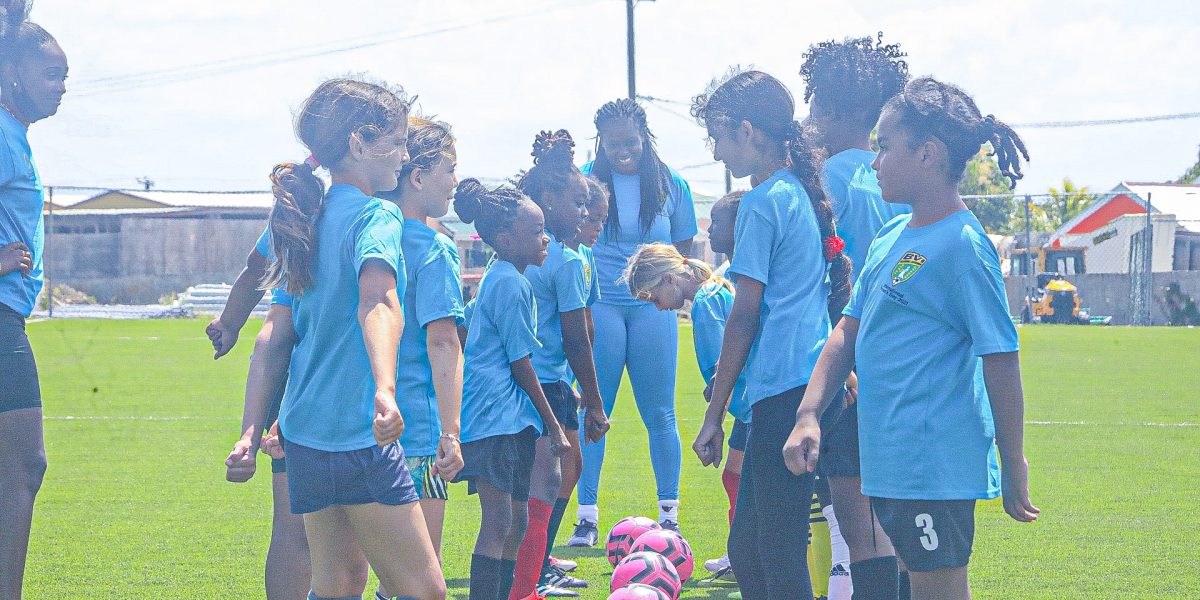 Close to fifty young girls and women took to the field  to celebrate the day which was staged along with the Regional Governing Body, CONCACAF.

As explained by the Head of the FA Women’s Committee, Mrs. Mary Phillips “International Women’s Day is a global day celebrating the social, economic, cultural and political achievements of women. Our celebration started a bit early, but it was a day geared at celebrating woman’s success.”

Also, in attendance and guest speaker, the Hon. Shereen Flax-Charles, who is a former executive member of the FA and longtime champion of equality for women spoke to what can be achieved as a woman, culturally, politically as well as the challenges faced 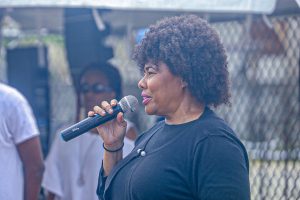 “It was a great scene, having young girls from five years to women over forty taking part in the day’s events. “continued Phillip, which included a variety of challenges and two soccer games. “Some signed up to be registered to Clubs, but even though it was good turnout, I wish there had been more” she concluded.

All 41 members of the Confederation of North American and Caribbean Football Association participated in the event stretched over the weekend and the FA’s stated objective of fostering a relationship with all women in the territory was achieved as confirmed by Lead Coach of the Women’s programme, Wayne Phillip “The event yesterday was excellent. We are really starting to see women’s football moving forward.” He stated “The attendance was great, with females from Jost Van Dyke and Virgin Gorda joining their Tortola counterparts and I want to thank everyone who made it possible.”