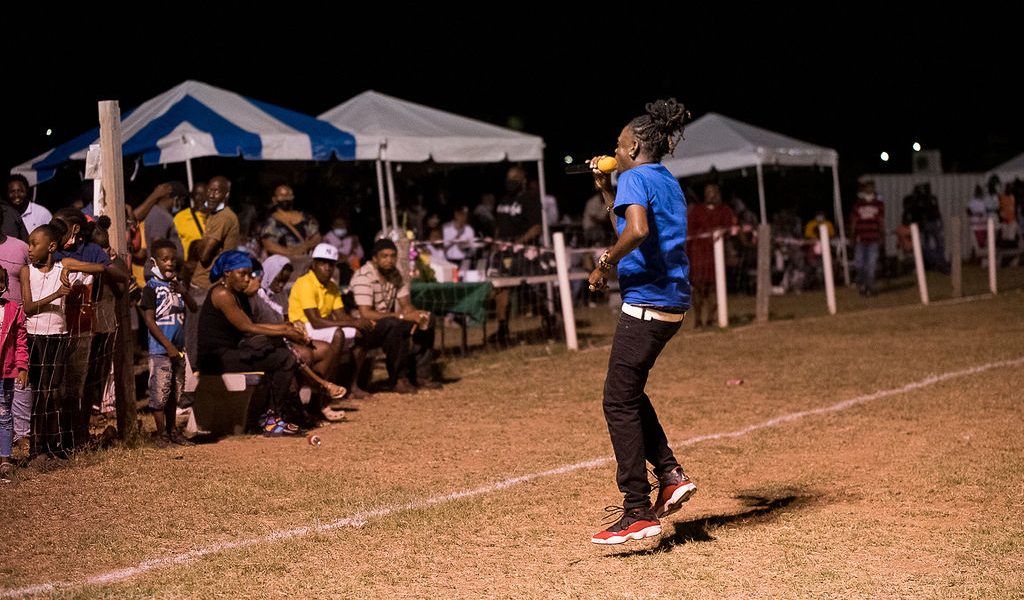 In Partnership with Speedy’s Ferry Service, CCT AND Mr Nice Guy as well as musical  entertainment provided by Mr. Walkie of Black Sage Management a great deal of excitement was created both on and off the field.

On the field the large crowd was kept enthralled by exhibition games between U13’s, U15’s and Women’s team representing Tortola and Virgin Gorda, as well as the BVI All Stars against the SVG All Stars, the large crowd thoroughly enjoyed themselves and had no hesitation in joining in with the FA’s efforts to add monies to the St Vincent Volcano Relief Fund

“We had a lot of kids turn out and every game was well attended” commented FA Executive Member, Mr Craig Grant who had spearheaded the event for the FA Competition Committee and been the liaison with those on Virgin Gorda who had done much of the groundwork and on short notice “Everything turned out really good and everyone involved needs our thanks. The Coaches too, for putting the teams together and the Match Officials, everyone” Grant concluded. 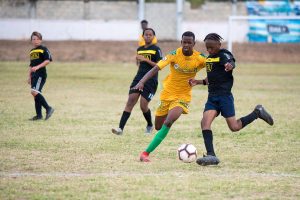 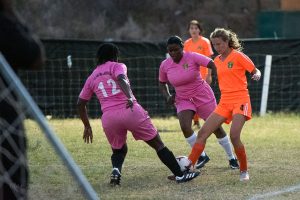 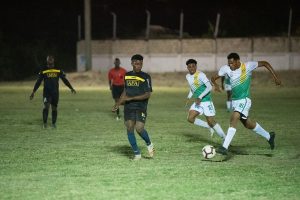 Money is still being added to the pot and a conservative estimate shows that over $3000 will be raised  and for the record, Jadon Abrams and Kyle Farrington scored to give VG the U15’s a 2-0 victory and the Women battled to a 0-0 draw, whilst the BVI All Stars were indebted to a 75th minute goal from National Team Goalkeeper, Phillip Graham, playing up front, for a 1-0 win.

“Whilst the purpose of the game was to raise funds for St Vincent volcano relief it was a good opportunity for our talented young home based players to show their skills. We saw good displays from Daniel Gilford, Denvin Jones, Gio Grant and Kevin Fisher in particular. They competed well on a difficult surface and it was good to see them run out run out 1-0 winners with a Philip Graham goal.” Noted FA President, Mr. Andy Bickerton.