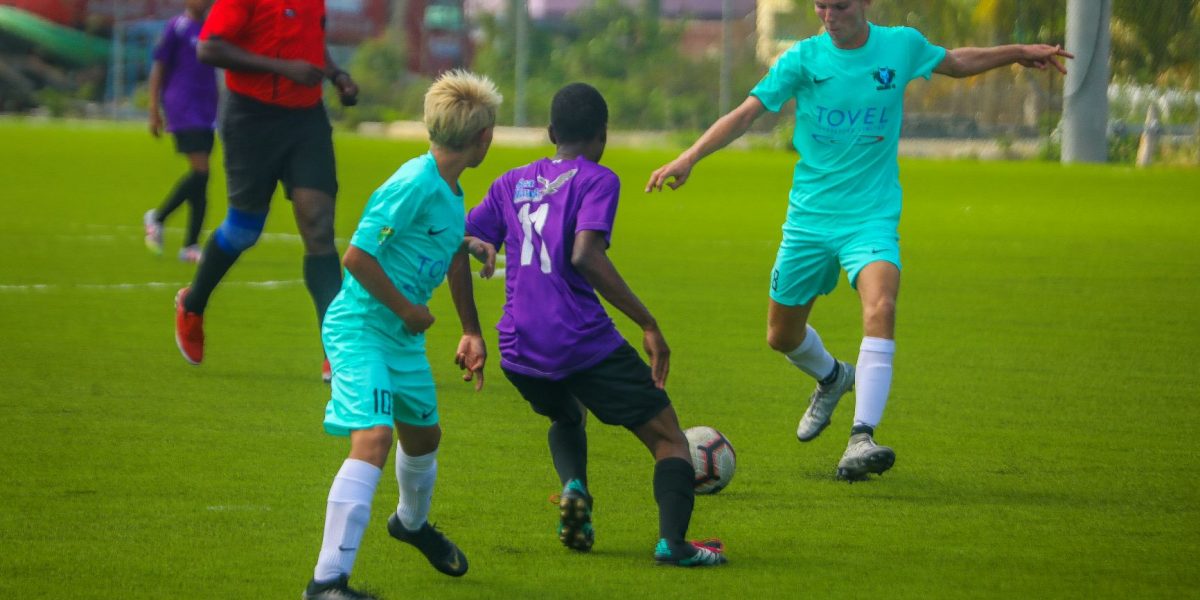 The Super 6 2nd round features the teams that finished in the top 6 during the 1st round and sees matches played to finish with penalties settling maters if a game finished all square at full time.

VG United continued their impressive recent form seeing off the challenge of Lion Heart FC, 3-1, at East End / Long Look, with goals from MVP Devante Samuel (47th minute), Sheldon Toney (74th) and T’Khoi Richardson (90+1) confirming a come from behind 3 pointer after Sheldon Brown (43rd) had given Lion Heart the lead. 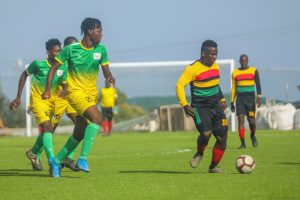 “Devante Samuel was named MVP, but there were several contenders, including Daniel Gilford, who made some big saves for us” commented VG Utd Coach, Jermain Abrams “we conceded the first goal on a communication error, but once we equalised, we went onto to dominate the game and created a lot of chances. The score should have been more than it was, but I’m proud of the way the team played”.

Over at the Virgin Gorda Recreation Ground, Sugar Boys FC used late dominance to beat Wolues FC, 2-1. The winner came in the last minute, from the penalty spot, by MVP, German Gonzalez (89th). Earlier Rolland Roberts (45th) had put the Boys ahead on the stroke of half time, before William Green (83rd) scored to make it 1-1.

And the Panthers FC held their nerve best from the penalty spot to beat the Islanders FC, 4-2, after full time had seen the teams deadlocked at 2-2.

“We dominated the game from early, scored twice to go into the break two up, but in the second half gave away a soft goal and also a penalty to make it a little tense” noted Coach Wayne Philip, who made the telling pass for each of the goals, first to MVP, Phillip Graham (1st) and then Nigel Sanderson (13th).

Rohan Lenon (75th) and Sheldon Harry (80th) made sure the crowd would get to experience the first penalty shoot-out of the Tournament and it was the Panthers who take home the 3 points after successful shots by Graham, Sanderson, Phillip, and Timothy Lemothe compared to just Afernee Johnson and Shamar Lawden being on target for Islanders.

Two matches took place between the junior teams when Wolues FC were beaten 3-4 by One Caribbean FC and Sugar Boys FC beat Old Madrid 3-0, with the goals coming from   Shau’mauri Leonard (2) and Ethan Winchester.

One Caribbean had raced into a three-goal lead inside the first 20 minutes courtesy of an own goal after Marc Tan (10th) and Coy Ellis (11th) had also found the net.

“we had a simple game plan to press high and attack early” said Coach Morris Mark “we played some youngsters in the second half which led to mistakes and the Wolues goals, but then with the starters back on, we were able to dominate, create some good chances and got the winner we deserved”.

One Caribbean FC then drew 2-2 with Wolues FC, coming from two goals down to share the points after Sam Potgieter (10th) and Luca Reich (23rd) had put Wolues in control. Adrian Padilla (31st) made it 2-1 and then Dylan Cline (36th) levelled the game.

“we fell asleep early” complained Coach Morris Mark “we made some changes at half time, with Palladino shifting to centre mid making a big difference. Once we got level, I thought we had the better chances to go onto win the game, but just couldn’t score”.

Wolues Coach Walter Reich was left to rue a lack of substitutes as his team began to tire in the second half “we had five girls ready to play, all of whom who have benefitted from the experience of a higher level of technical play as part of their development! But One Caribbean took advantage of some sloppy defensive play because of us being tired”.