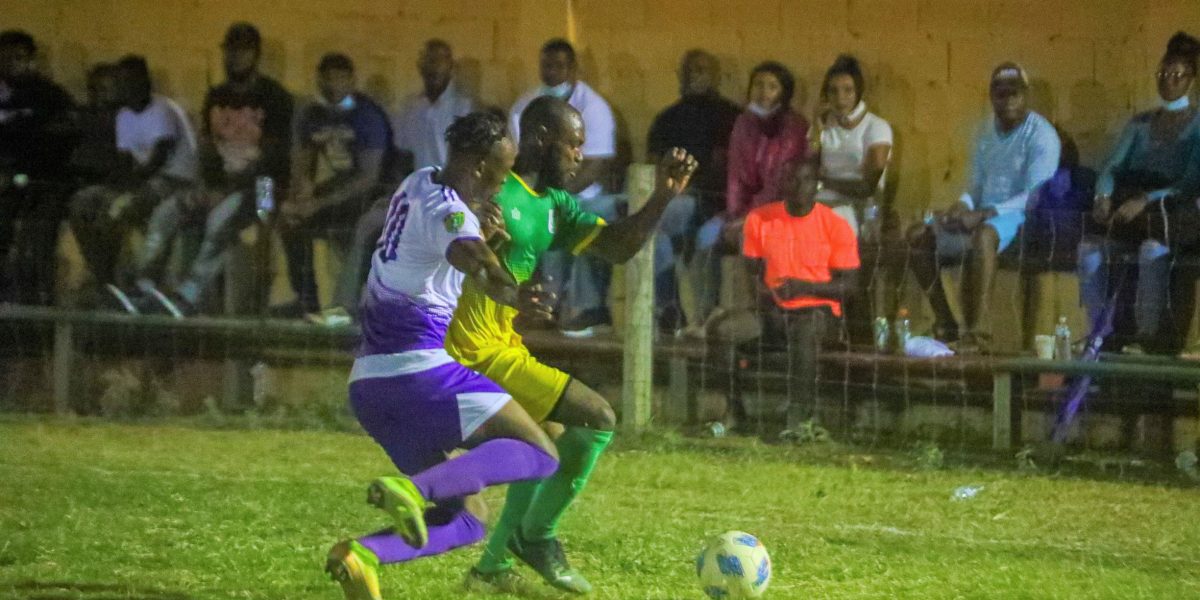 Although the teams looking to claim 5th and 6th spot will no doubt highlight the upcoming weekend’s action, Wolues FC against Sugar Boys FC at East End / Long Look on Saturday could well decide who finishes top of the league after the Islanders FC found themselves beaten 1-2 by VG United last Sunday.

Marknique Williams scored the all-important goal for VG as they look to reach the knockout stages, scoring in the 3rd minute of added time at the end of the game. Williams had put the home side a goal up in the 18th minute before Ranalie Cain equalized from the penalty spot in the 58th minute.

VG Utd Coaches, Jermain Abrams, Glen Bascombe and Ritchie Morton were all immensely proud of the way their team played noting that while the “veteran” Williams scored both goals, they were created by youngster Devante Samuel and another youth, goalkeeper Daniel Gilford, had made a string of fine saves.

“A great win all around” stated Abrams “we are still in the hunt for the knockout stages and needed the momentum of this win to keep us going.”

That momentum has taken VG Utd into 6th place, one point ahead of One Caribbean FC, who were held to a 1-1 draw by the Rebels FC, after Ikyjah Williams’ had put the Rebels ahead in the 77th minute before Adrian Palladin kept his teams hopes alive with an 89th minute equalizer.

VG Utd and One Caribbean meet in a winner take all clash at the Virgin Gorda Recreation Ground next Sunday, May 2nd, at 8pm.

Old Madrid FC still have a mathematical chance of claiming a place in the top 6 but need a big win in their last game against Lion Heart FC, at the East End / Long Look venue on Sunday, as well as other results to go their way.

They clung onto that hope with a 3-1 victory against One Love FC courtesy of goals from Nicholas Hall (27th), Nano Ottley from the penalty spot (51st) and Fitzroy Daley (63rd).

The news that VG Utd went onto beat Islanders took some gloss of a great performance with a new look formation, according to Kenrick Grant, but he is still optimistic that his team can qualify.

“we had a five-man midfield to stop them scoring and were able to transition into attack quickly” he noted “we missed several chances before Hall opened the scoring with a low drive from outside the box. Kenmore Peters was fouled allowing Ottley to double our lead and the game was made safe with Daley scoring our third. We did make some changes which allowed One Love to get back into the game, but their goal only came at the end following a defensive mix up”.

Alcise Savery scored that late consolation in the 4th minute of added time.

The Wolues FC grabbed top spot with a 3-1 win over the Panthers FC, which leaves their opponents hoping that VG Utd beat One Caribbean and that Lion Heart do not crumble to Old Madrid to ensure they reach the knockouts. 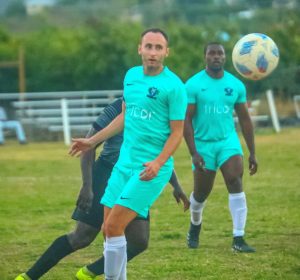 Nigel Sanderson put the Panthers ahead in the 25th minute after the Wolues had already been reduced to 10 men following a sending off, but goals from Michael Palladino, who arrived at the back post to meet Luca Reich’s pin point cross with a first time unstoppable volley and Phil Nelson, who deflected a Carl Moran shot past the keeper following a corner, put the Wolues ahead before half time and the result confirmed shortly after half time when Nelson scored his second from the penalty spot, following a handball block from a long range shot by Brad Mostert. 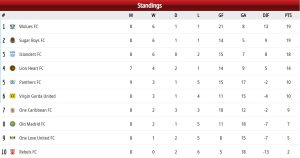