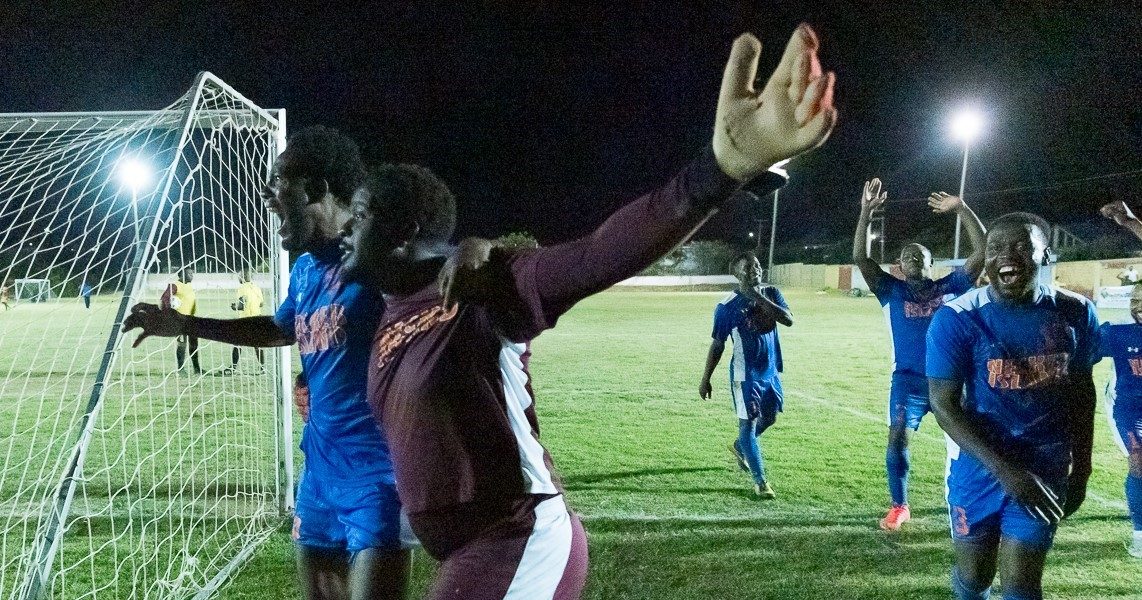 The game, played in front of a vociferous crowd at the Virgin Gorda Recreation Ground looked for all money to be going the way of Lion Heart as they led 3-1 with just over 15 minutes left of regulation time. However, the Sugar Boys have a never say die attitude especially on their “home” pitch, and staged a remarkable comeback, as first talisman Derol Redhead made it 3-2 in the 81st minute and then deep into added time McGraw Baptiste calmly stepped up to level the game at 3-3 from the penalty spot.

Lion Heart played a hard game and had thoroughly deserved their lead, not only making sure the Final Series got off to a great start but also making sure the fans got their monies worth. It was an intense game with Lion Heart taking full advantage of the chances they created, but wiltering under some desperate attacking pressure from the Sugar Boys.

Earlier, Dwayne Smith had put Lion Heart ahead in the 36th minute before German Gonzalez equalized in the 38th minute. Smith scored from the penalty spot in the 62nd minute to make it 2-1 and Nicarious Watt seemingly put his team well on the way to a big win in the 74th minute, to make it 3-1, before the drama unfolded.

With the momentum firmly in their favour, each Sugar Boy stepped up to score his penalty, whilst Lindon Wiliams served notice of his intent by getting his hands on a couple of Lion Heart efforts before making the all important save at the death to hand Sugar Boys the early advantage in the best of three series going into next Sunday’s Game 2 at the East End / Long Look venue on Tortola.

Meanwhile in the Women’s League

Avengers FC further stamped their championship credentials on proceedings with a hard fought 1-0 victory over Wolues FC Women after Laverne Fahie scored the only goal of the game in the 10th minute. 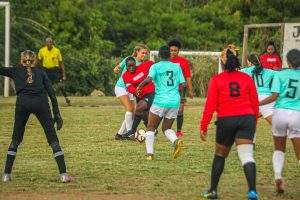 Coach Gloria Fahie had pulled off a master stroke as she decided to push “Ebony” higher up the pitch and saw her confidence rewarded in quick fashion “After that goal” stated Fahie” we played a compact defensive game and denied the Wolues many goal scoring opportunities. They had their usual quick passing tactic, but even if they did create something they found no way past Makeda (Fahie) or “Shay-Shay (Vanterpool) in defense nor the agility and skills of our goalkeeper, Britney Peters.”