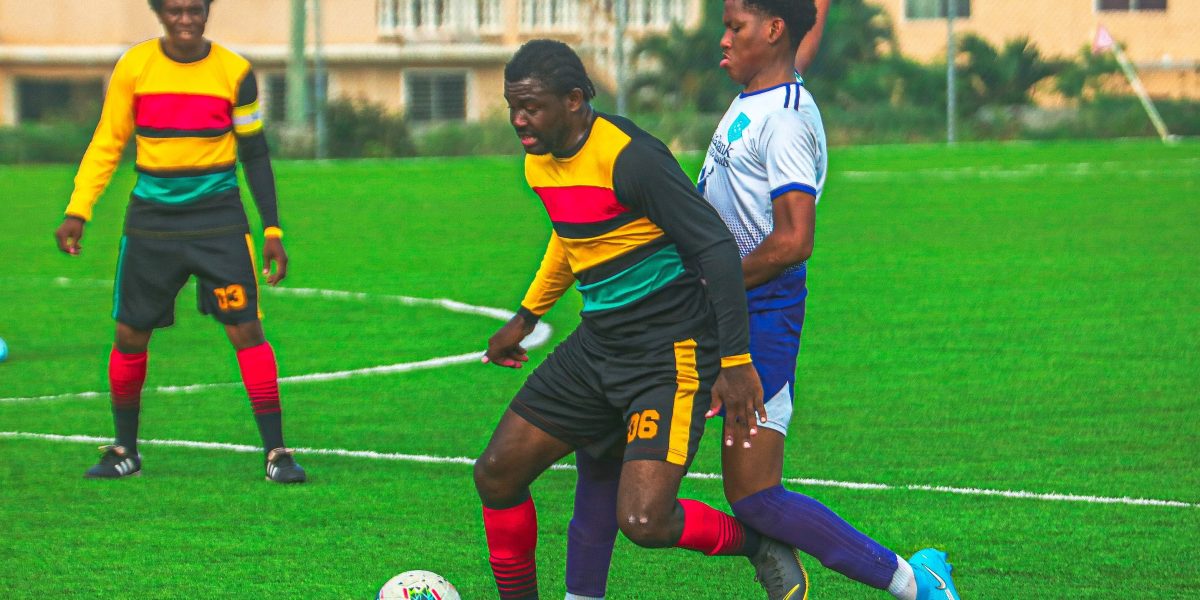 The two clubs to reach the final were confirmed on Sunday after VG Utd came up short in their effort to make a first domestic final and it will be Lion Heart who claim an inaugural final berth as they rounded out their campaign beating the perennial champions, Islanders 3-2 at the East End / Long Look venue on Sunday.

Clive Weir had put the Islanders ahead in the 31st minute, but Lion Heart hit back immediately with Stevan Williams equalizing. Janel Ferdinand in the 62nd and Sheldon Brown in the 67th put Lion Heart on top, but Primo Francis ensured a nervy last 10 minutes making it 3-2 in the 79th.

The appearance in the final has made a vision come true for Winston Brown.

“I had a vision to form a football team and my vision has come to reality in just over two years, we are the newest team in the tournament and to reach the final with this win feels really great” he commented “It was a competitive game, but the team stayed focus and executed what they were trained to do and when the final whistle blew, we came out victorious.”

The Sugar Boys FC also guaranteed their place in the final with a 2-0 derby day win over VG Utd as Derrol Redhead in the 55th and German Gonzalez in the 90th minute secured all 3 points.

The Panthers FC Women were held to a goalless draw by the shorthanded table topping Avengers WFC at the East End / Long Look venue on Saturday.

“The Panthers did everything but score” lamented Coach Wayne Phillips “We were unable to capitalize on them being short of players as they held their heads high and played a good game.”

“The Wolues dominated the game” concluded Coach Thomas Albert “Ana French saved about 12 shots, but when we got our one chance Kezia buried it.”

“Our goalkeeper, Akeem Paddy, was on fire to keep out the Wolues strikers and it was a great game.” Commented Phillips “we bounced the ball around a lot to create our chances against a well-organized opponent.”

The Sugar Boys FC then beat One Caribbean FC, 3-0.

In the U18’s, the Wolues cruised past the Rebels FC, 4-0, under the newly installed lights at the East End /Long Look venue, as after a slight delay to sort out a clash of shirt colors, Sam Potgeiter netted twice inside ten minutes to put the game out of reach of the Rebels.

Coach Alessandro Palladino kept his team focused at half time after several chances had gone high wide and handsome from various Wolues players and his calming words had their affect as his son Michael scored from a free kick catching the keeper out as well as several other players who were expecting a cross.

The goal of the game resulted in Potgeiter completing a hat trick after Luca Reich went on a solo run before threading the ball into the path of Palladino, who with one touch swept the ball through to Dylan Foster. Foster then played the ball back to Reich, who made a pinpoint pass to the charging Potgeiter, who slotted home.