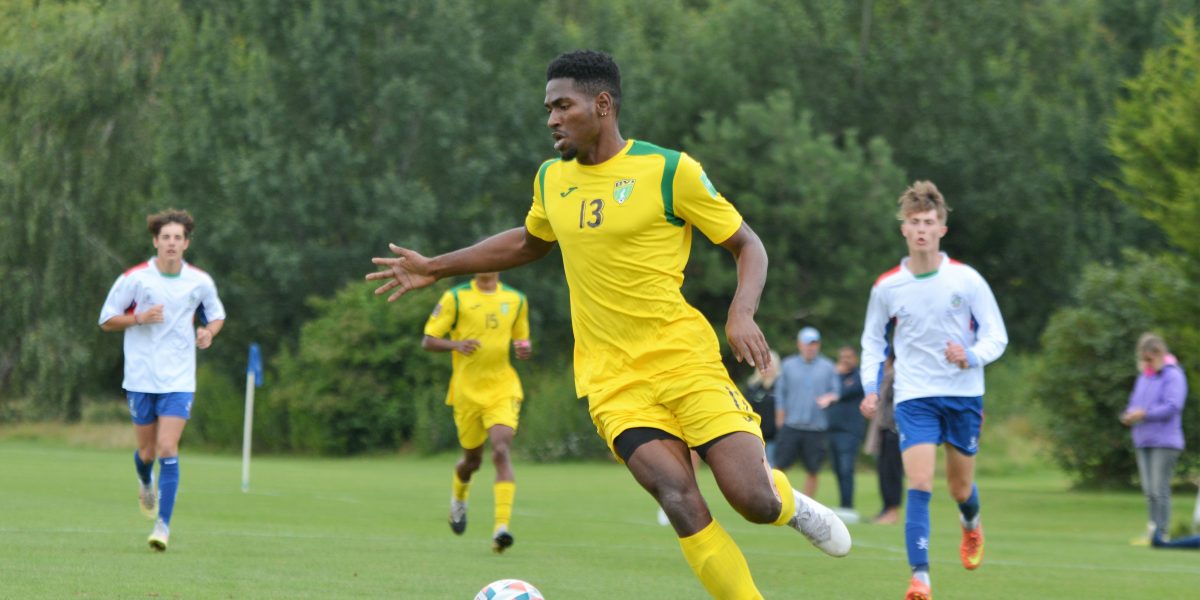 BVIMNT Striker, Fisher, who until recently was upfront for Tooting Bec FC in the Southern Counties League added his name to the tally in the 74th minute to put the Panthers ahead 4-1 after former National team player, Jhon Samuel had cancelled out Phillip Nelson putting the Wolues ahead in the 5th minute, with a 19th minute equalizer. Nigel Sanderson made it 2-1 in the 65th minute and Wayne Phillip scored the other two goals in the 72nd and 79th minutes.

Whilst acknowledging that the Wolues are a very good side, Panthers player/coach, Wayne Phillip also noted that it was very pleasing to see the way his team responded to going a goal down by playing aggressive possession football and at times able to make 10-15 passes as they began to dominate the game “ We had a brilliant time, dominated the game in the last 20 and scored some fantastic goals” he said “After going a goal down we started to play more aggressively and  I’m so proud of the guys. We are an incredibly good team, we defended well, attacked well, and created lots of chances for our front three. Our passing today was what I have been asking for from the players, we kept possession, kept the ball moving and got our reward.”

The result took the Panthers to the top of the standings

Also on Sunday, the Islanders FC were beaten 2-0 by Sugar Boys FC as Romaine Henry opened the scoring in the 25th minute and Terrence Nanton doubled the home team advantage in the 66th.

Sugar Boys are in second place ahead of Islanders, in third, on goal difference, with One Love FC also in the chasing pack following their 3-1 victory over Old Madrid FC.

Richard Morgan put One Love on their way to all three points, scoring in the 14th minute and Alcise Savery made it 2-0 just 5 minutes later. Nano Ottley pulled one back in the 64th minute, but One Love held firm and made sure of the win and a 3-1 score line when Zeron Samuel netted in the 83rd minute.

“This was a great win for us and the start of a climb up the standings” commented Manager Marc Savage “It was a great game, and the players executed their plans. It was good to see them understand the system of play we are putting in place and once we get fitter, then we will be extremely competitive this season”