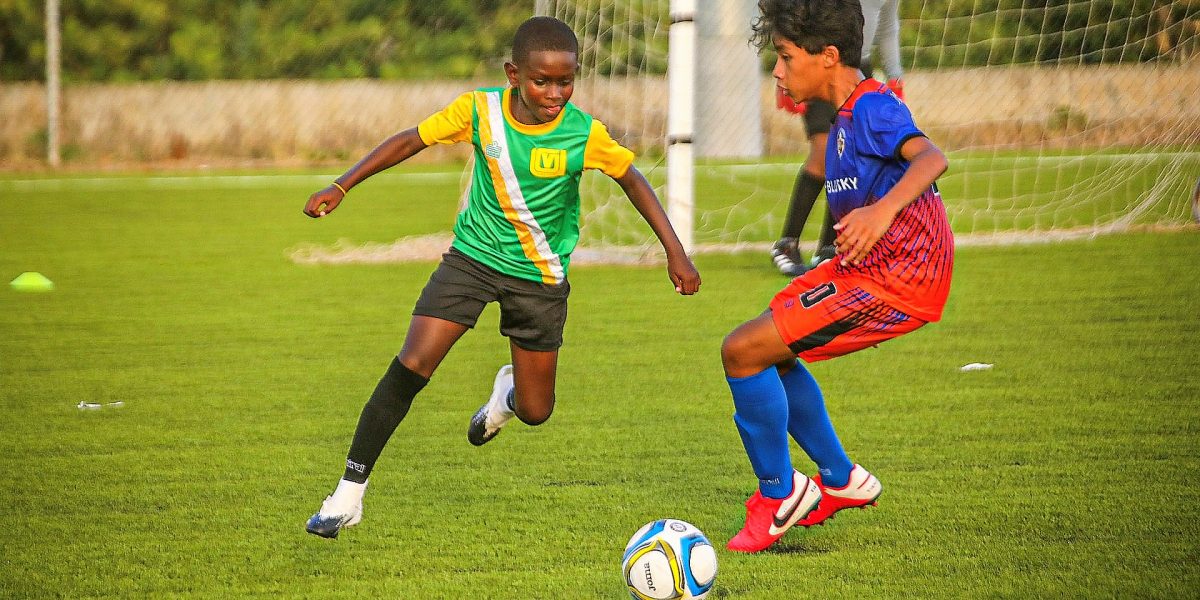 First up on Saturday, over one hundred youngsters gathered on the field at East End / Long Look for the start of the Mini Youth Leagues and with youngsters from Virgin Gorda and other Islands set to join in from next week, then the future is definitely bright for football and for the upcoming BDO School Leagues, for which this initiative serves as a warmup event.

Then in the U13 National League, One Caribbean FC had a 3-0 victory against VG Utd, courtesy of a double strike from Keallun Louise and an own goal. 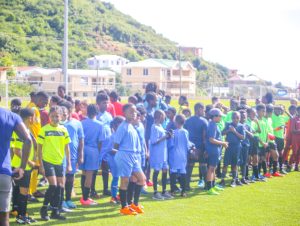 The Sugar Boys FC then lost their 100% record, losing 1-7 to Panthers FC, who with the win, closed the gap on the Sugar Boys at the top of the standings to just one point.

Kamauri Fenton and Myles Penn both scored twice, whilst Tiondre Martin, Christian Orlando and Mario Carter also found the back of the net.

Liam Min scored the consolation goal for the Sugar Boys.

Phillip went on to explain how the game had been one to keep the crowd on the edge of their seats as players from both teams showed their talents “It was a brilliant game, my team stuck to the plan and executed exactly what I wanted from them. They passed the ball around without rushing, catching the Sugar Boys out of position, and then attacking with full force”

Despite the margin of victory, Phillip was also quick to commend the Coach, Management, and players of the Sugar Boys “They have a good team, but honestly with my players running at them and pressing, they just couldn’t get into the game at all.”

The two Women’s games that were scheduled both ended in forfeit wins for the Avengers FC and Wolues FC as the Panthers FC and VG Utd were unable to field teams.

In the Men’s National League, Lion Heart FC climbed to the top of the standings with a 6-1 drubbing of Old Madrid FC, as Daveian Barnum netted four goals and both Dwayne Smith along with Michael Butt scored once.

In the other game played, One Caribbean got their first win of the season, seeing off One Love Utd by the odd goal in five as both teams were reduced to ten men before Errol Van der Muelen netted the winner in the 6th minute of added time at the end of the game, to make it 3-2.

“At half time I told the players that we had to win this one for Jarrell (Fredricks) and that lifted their spirits and sparked a come back” commented Coach Morris Mark.

Fredricks broke his leg in the first half and is recovering as well as can be expected after a stay in hospital.

“the win was in site when center back Errol Van Der Muelen made a run through the middle of the pitch, controlled a perfect executed diagonal cross and slotted home the winning goal in extra time” noted Mark

Brent Bowman and Zeron Samuel put One Love 2-0 up inside the first 25 minutes, but One Love were reduced to ten in the 34th minute and then Carlos Septus made it 2-1 from the penalty spot in the 38th minute. Adrian Palladin equalized in the 61st minute, One Caribbean then saw one of their players sent off for a second bookable offense right at the death, but as the game seemed destined for a draw, up popped Van Der Muelen.