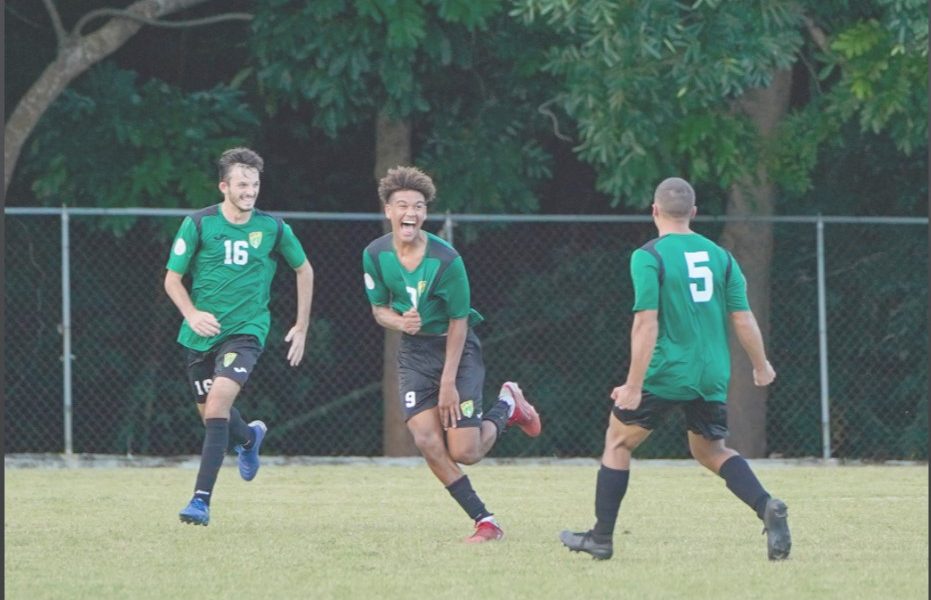 A first win came after a defiant, battling team performance, focused after an early penalty save from Mekhi Walters. 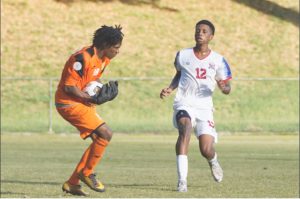 Walters was outstanding throughout the game but as FA President, Mr. Andy Bickerton noted “it’s unfair to pick out individuals because it was such a good team performance and that’s what our National Coach, Chris Kiwomya, has been saying to the players over the course of the week so far. You must play a system, you must understand the system, know where your place is in the system and work hard. Once you do that then results will come and today, they got their result and we, the BVIFA are very proud of them all, we’re really, really proud of them all!”

Chalwell’s goal came in the 70th minute as he dribbled across the top of the penalty area and then slotted home across the keeper inside the far post to spark celebrations that would only increase in intensity at the final whistle. 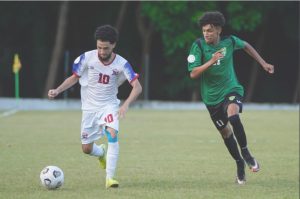 Coach Clinton” Tinnie” Percival was understandably a very happy man at the final whistle “I am really proud of them today for their team performance.  We asked them to play for each other and they did, moving the around well and making it hard for Sint Maarten work hard to regain the ball. We’re working on a particular style of play, keeping the ball, and working hard as a team in and out of possession. The will to win the game tonight was very evident and I am very happy for the boys and can only see us going from strength to strength. Now we’re going to enjoy the victory tonight but get back to business for our next game against Dominica” 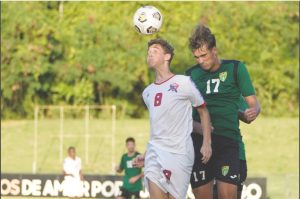 The team has got better in every game played so far, from the “chaotic” opener against Curacao and today we looked like a proper team” beamed Bickerton “We had outstanding displays throughout the team. The goalkeeper was excellent. Defence was excellent, midfield was excellent, and the strikers really put the pressure on the opposing defenders. The back four defenders Justin Smith and EJ Jones, Keiko Williamson and Malachi Stanners were excellent. They were winning headers and then you look in midfield and you know we had an outstanding performance from Luca Chalwell. He was the heart of the team, picking the ball up, bringing it forward, putting pressure on players, and he won almost every header that he went for in the game. Upfront we had a youngster in Levon Williams, who may not be great technically yet, but he worked his socks off. He was putting pressure on defenders, making defenders kick the ball out into touch instead of being able to play it out of the back”

The substitutes also played their part and Percival made changes at just the right time to keep the BVI dominant “The coach was saying that the players had to run their hearts out for 70 minutes and even though the game is 90 minutes, if you can’t make the last twenty, then we bring on substitutes and that’s what happened. Those boys who came into the fray worked as hard as the boys on the field and that speaks volumes for the camaraderie and the National Pride in the squad” confirmed Bickerton

Group A will conclude on Saturday with Grenada and Curacao battling for top spot and a place in the 2022 CMU20Q, while Dominica will clash with British Virgin Islands.