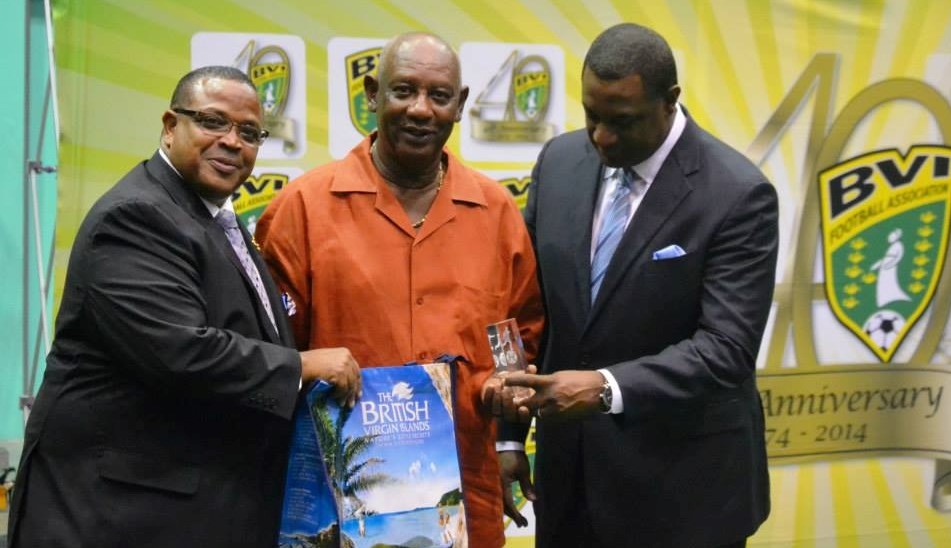 “He was one of the stalwarts of football in the Territory, there from our founding in 1974 and a National league winning Coach with Queen City Bombers” commented Bickerton “He also played for and coached Queen City Strikers.”
In his playing days Emmett was a hardworking no-nonsense defensive midfielderr and as a player/coach demanded the same 100% effort from his teammates. He was held in great respect by his players and after his playing days were over his talents were utilised as a Team Manager. He was Manager of Team BVI in 1986 when they won the Leeward Islands Championship in Montserrat, overcoming Antigua in the final. These were the days when the BVIFA had to raise funds to travel from fish fries and car washes and it was here that Emmett’s budding culinary skills came in very useful. He continued as National Team Manager into the 1990’s as Team BVI competed in the Shell Caribbean Cup against teams such as Jamaica, St. Vincent, St. Kitts/Nevis, Antigua and the Cayman Islands. 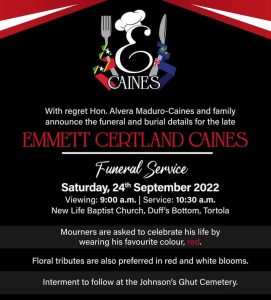 “The skills that Emmett displayed in his football days carried over into his personal life. His organisation, hard work and reliability, coupled with his culinary prowess, was widely respected as he developed his very successful catering business. He never forgot his football roots and was always available to cater to visiting national football teams, particularly as he knew the food that footballers needed to perform.”
The BVI FA acknowledges with gratitude the contribution that Emmett made in getting football established in the islands.
RIP
image is Emmett with the then President of CFU, Gordon Derrick and Jeffrey Webb, then President of CONCACAF, being recognised for his service to football at the FA’s 40th Anniversary