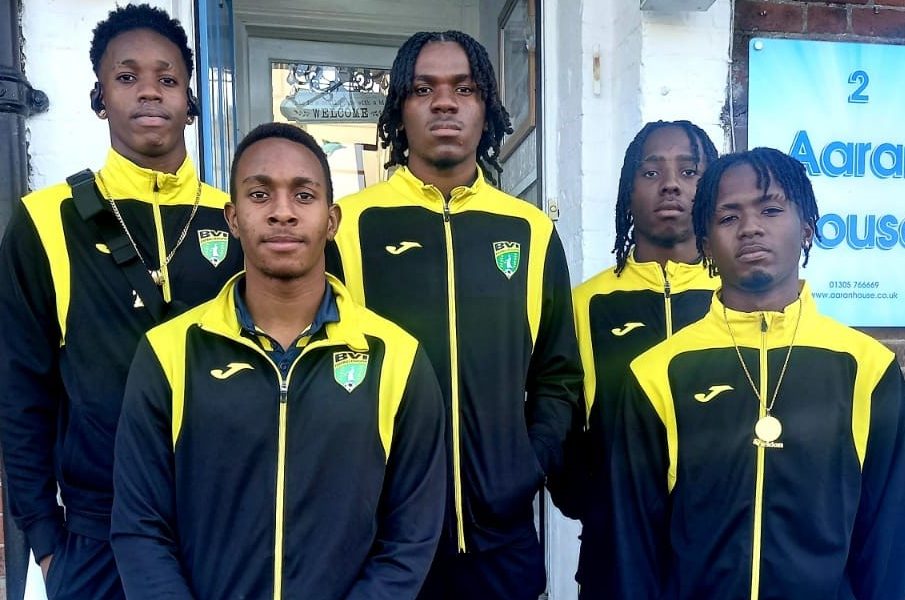 Levon Williams, Mekhi Waters, Sheldon Toney, Justin Smith and Quelahni Nickie arrived at their lodgings in Weymouth on the South Coast of the United Kingdom on Friday 23rd September 2022 where, once settled in, they will join the Champion Academy to play U23 football and study for first an extended Sports Diploma and then an HNC in Sports Management. 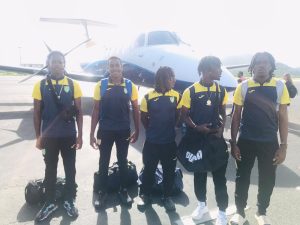 The five, all of whom have transitioned through the FA’s various school and youth programs as well as local National League teams, such as VG United and One Love Utd, have also represented the Territory at Age Group Competitions and made full senior National squads, including debuts in World Cup qualifiers and CONCACAF Nations League matches

The pathway, which will further their academic success off the field and their abilities on it, has been created by the FA in partnership with the H.O. Creque Educational Foundation administered by the Rotary Club of Tortola, Unite BVI Foundation and Oil Nut Bay Resort

The HNC in Sports Coaching and Development gives learners the knowledge and skills necessary to work as professionals within the sector. The topics covered range from human anatomy, physiology and biomechanics to sports coaching, sports development, and professional practice — including research skills.