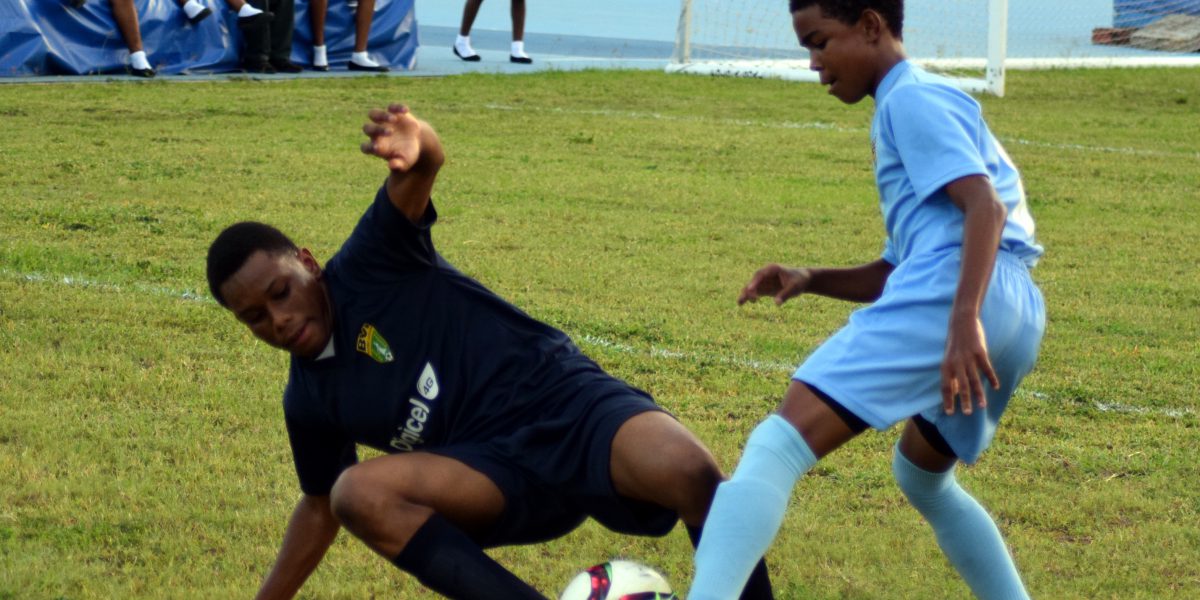 With a ceremonial “kick off” by Mr. Archibald Christian, the Junior Minister for Tourism for the Virgin Islands Government, the 2016/17 High School and BDO Primary School Leagues officially got underway on Wednesday 12th October.

The “pass”, to Begrado Flax Open Boys team also began the inaugural Principals Cup, in which they would eventually lose, 2-1, to Elmore Stoutt High School.

Phillip Jules opened the scoring in the 17th Minute for ESHS, Jahdique Winchester level things up early in the second half and then Kemario Watson delivered the killer blow for ESHS in the 47th.

“It was a pleasing start to the season “commented a beaming Javon Carty, the newly appointed Coach to the ESHS Boys “I got to see a lot of the Boys playing competitively for the first time, first hand and it looked very encouraging for the season as a whole”

The Traditional Grand Parade started the day’s proceedings with around 1,000 Boys and Girls from every participating school marching through Road Town to the A.O. Shirley Ground.There, packed into the main stand, in a magnificent kaleidoscope of colors, they listened intently to words of encouragement from F.A. President, Mr. Andy Bickerton

Mr. Bickerton went on to explain how important the support of BDO and sponsors had become as the programme went through such large expansion

“Apart from the full time staff, the FA employs around 18-part time coaches to help assist with the programme, so the support of the Sponsors is crucial. This year some of the teams have attracted their own Sponsors and we are looking to get more on board as we continue to grow”

Mrs. Brenda Lettsome-Tye then spoke on behalf of Myron Walwyn and invited the young Boys and Girls to commit to learning as much as they can, develop their skills and learn to win or lose with grace.

Ryan Gelug of BDO also addressed the players “A wise man once said that everyone can play football and BDO makes sure of that here in the BVI every single day. It’s all about team work and working together and as you get on in life each and every one of you will get to learn that”

Marlon Penn, Junior Minister for Trade and Investment, rounded out the speeches, extolling the youths “it’s a good time to be a part of football. Football is on the rise, a new facility coming soon and new sponsors being attracted every day. This doesn’t happen by chance. Its takes vision and leadership and Mr. Bickerton has certainly put in the hard work over the years to get Football where it is today”

Both the High School and Primary School Leagues kick off in earnest from Monday 17th October and full schedules will be available soon.