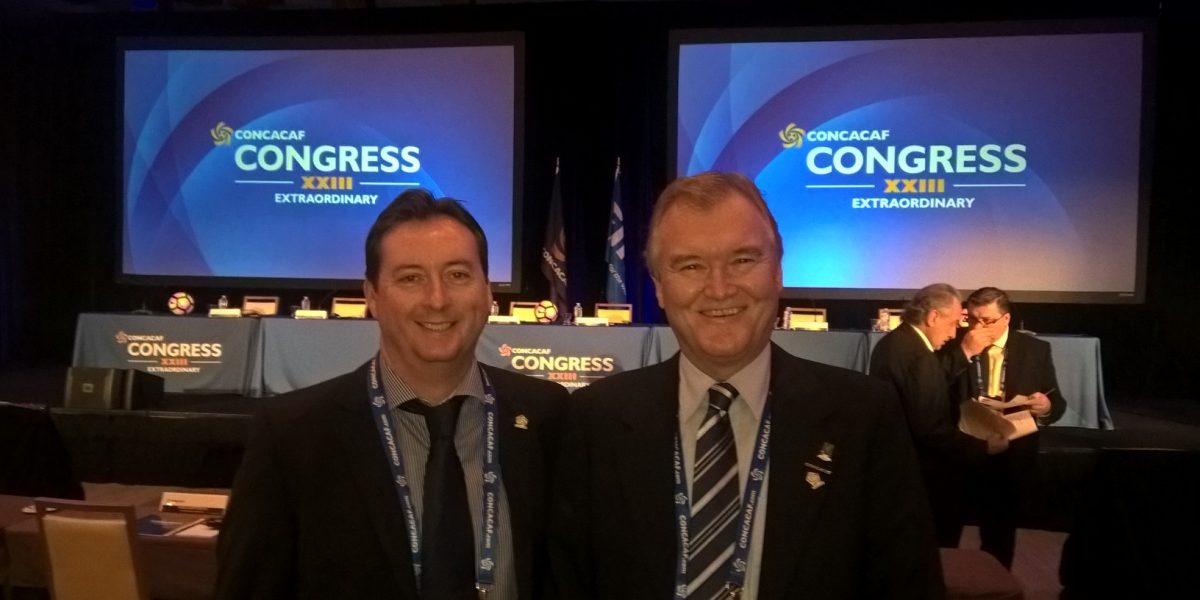 During various Workshops over the three days, exciting plans were also announced re the structure of the game within the CONCACAF region, as Mr Bickerton explained.

“We got some really good news out of the Congress from Mr. Montagliaini, who we as an FA supported during the election process, based on his promises and pleased to see him start to come through on them. He informed us that CONCACAF were taking over the Caribbean Cup and it will now be CONCACAF wide, so North America, Central America and the Caribbean will be competing in a Nations Cup and for example the BVI will be guaranteed Home games. Three levels will be created, A, B and C, with promotion / relegation between the groups, with five places up for grabs for the World Cup in 2022”

Also, announced by Mr. Montagliani were exciting plans for the Club Champions League

“This is really good news as well” noted Bickerton “The problem for our teams, like the Islanders, has been the cost of travel, but now the funding will come from the main sponsors, along with television money and advertising, which means the finance will be in place to cover costs”

Whilst this means that participation would now be possible at a local level, Clubs will need to be well organized to participate.

“From an eligibility standpoint, the Clubs will be able to play their usual players and not be restricted to Passport holders etc. However, any Club entering will need to be very professional and have all their players properly registered, proper Coaching, Physiotherapists, Fitness, Technique and understand that to compete at a CONCACAF wide Club Championship they will need to be very well organized to stand a chance of competing with the likes of Champions from St Kitts, Antigua and so on” noted Bickerton.

All in all, the new Stadium at East End / Long Look will be a very busy place for all levels of Football during 2017 and beyond

“This is why we are building the Stadium” stated Bickerton “to enable or Clubs, National Teams, Boys, Girls and all age groups to compete Internationally. We have a lot of talent and need to get them playing better quality competition to improve even further”