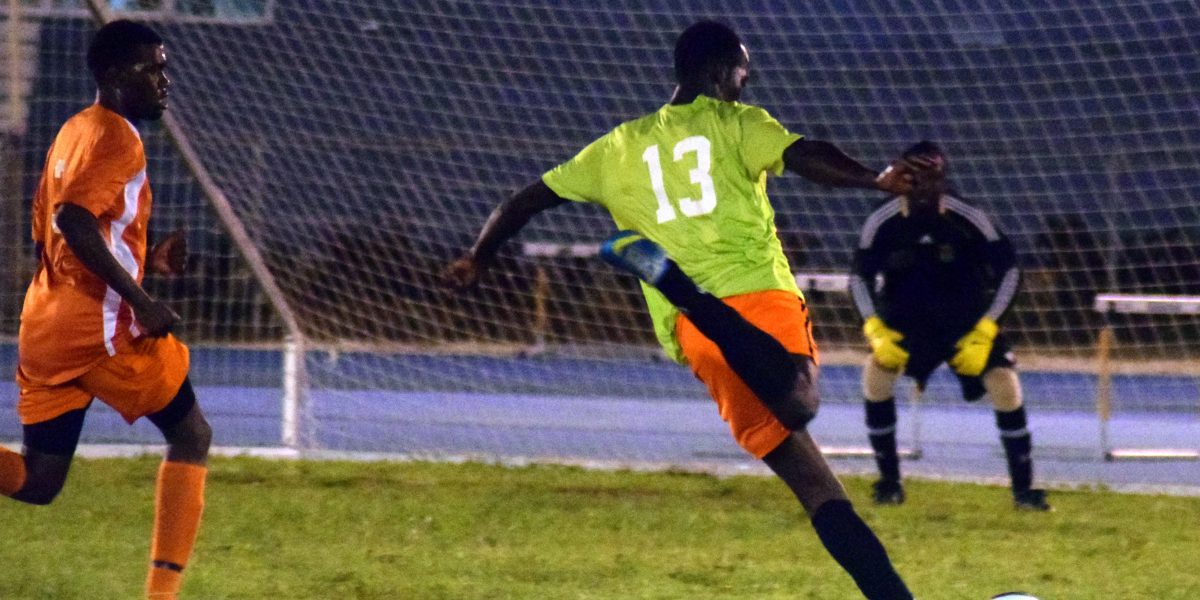 One Love F.C. jumped into fifth place in the National League standings with a surprise 1-0 victory over the high flying Sugar Boyz on Saturday 10th December, whilst the Islanders were handed all 3 points by VG Utd, who failed to have enough players ready at game time on Sunday.

The last weekend of action before the Christmas break also featured the Panthers getting a forfeit win over the Wolues F.C. and a power outage causing the cancellation of the Rebels against Old Madrid.

One Loves win, courtesy of a goal scored by Andre Thomas, gives the same 12 points as Old Madrid, who are in sixth thanks to a lessor goal difference, whilst the defeat of Sugar Boyz all but hands the unbeaten Islanders the title.

With 30 points, the Islanders are ahead of the Sugar Boyz by 9 points and there are only 5 games left for the Virgin Gorda based team to make up the difference.

The last game of the season features the pair and could still be a winner take all match up.

The battle for 3rd and fourth is a much tighter affair although the Rebels are 6 points clear of the Wolues, who have 13 points and sit fourth. However, One Love and Old Madrid have 12 each and with the top four qualifying for the lucrative Big Four Cup, it is all to play for.

Heading into the Christmas Break, Kenmore Peters is still the top scorer, with 10, whilst Richard Morgan has 9, Kevin Fisher 8 and Kevin Carragher 7.