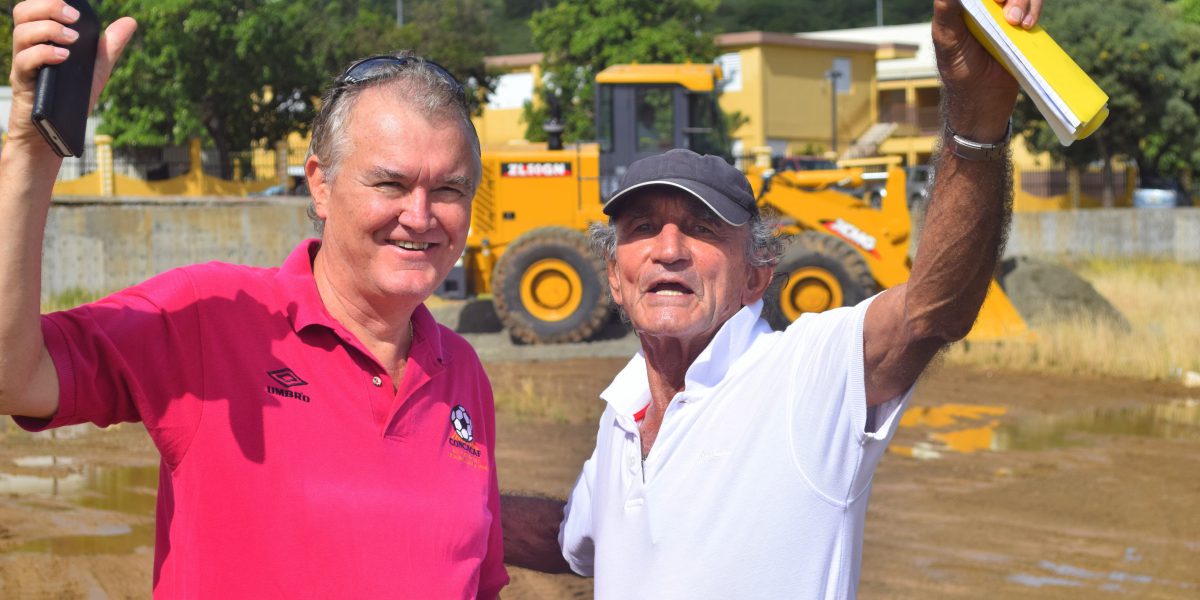 Amidst the sound of large machinery, graders and workers

“I’m really relieved we have it going again” noted Bickerton “the project manager is here, we are getting estimates in terms of the timing and it seems to be on track for completion for February and it’s just a relief, if the rains hold off, to be heading in the right direction again.

Laser grading of the final foundation has begun with a time frame of two weeks to complete and the drainage system will also go in during that process.

Everything being well the Pitch, which is ready to be shipped, should be ready for installation mid-January, 2017, with the entire process taking until mid-February

“I certainly hope that we can play the BDO Primary and BVIFA High School League Finals here, but we are new to this and will rely on the Consultant for the actual time lines, from the F. A’s point of view we are just pleased its underway”