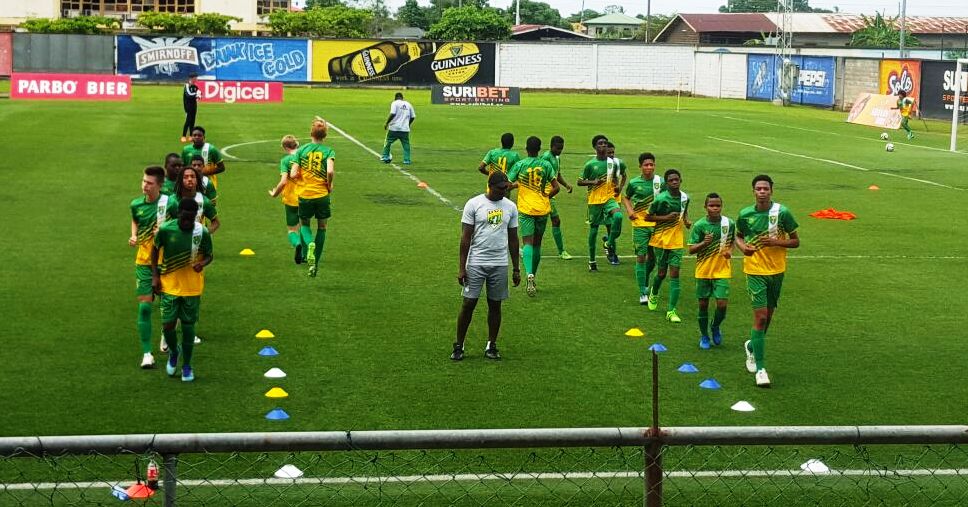 Despite not capitalizing on a fantastic start with a 1-0 win over the Bahamas at the recently concluded Caribbean Football Union / CONCACAF U17 World Cup Qualifying Tournament, in Suriname, Coach Avondale Williams was confident that his team will only get better.

“Overall the boys learnt a lot, despite being under sized, compared to the opposition, they battled well, defended stoically and did all that I could have asked of them “commented Williams

Williams went on to say that, individually, Taylor Scarff was the pick of our players and was named Tournament MVP, having put in several good performances in the centre back position.

“Generally, though, we have to try putting a programme in place so the group can play together more often and gel even better as a unit. I was very happy with they  worked together and going forward the experience will stand them in good stead and certainly as far as the BVI based players go, they will now have a better of understanding of the requirement s to compete at this level”

:The historic 1-0 win against the Bahamas was a great performance” beamed Williams “Braeden Chalwell had a great performance on the right wing and supplied the cross for Tyler Forbes to nod home the winner. Host Nation, Suriname (lost 3-0) however proved a notch up in terms of standard and despite some resolute defending we conceded an early goal. We failed to convert a gilt edged opportunity to equalize late in the half and were made to pay in the second with a couple of basic errors costing us two more goals”

The game against Anguilla, (lost 2-0), was on paper the easiest of the three fixtures and the BVI dominated the game from the kick off, but just weren’t able to score.

“Having missed several of those chances the players seemed to relax and take things easy allowing Anguilla to capitalize on some slack defending to score twice.” Lamented Williams

Jahzeel Castillo at right back grew in confidence and ability every game as did Kiandre Slater at left back.

“Overall there was plenty of potential on show from our players and once they continue to work hard and want to learn, then we can look forward to a brighter future.” Concluded Williams