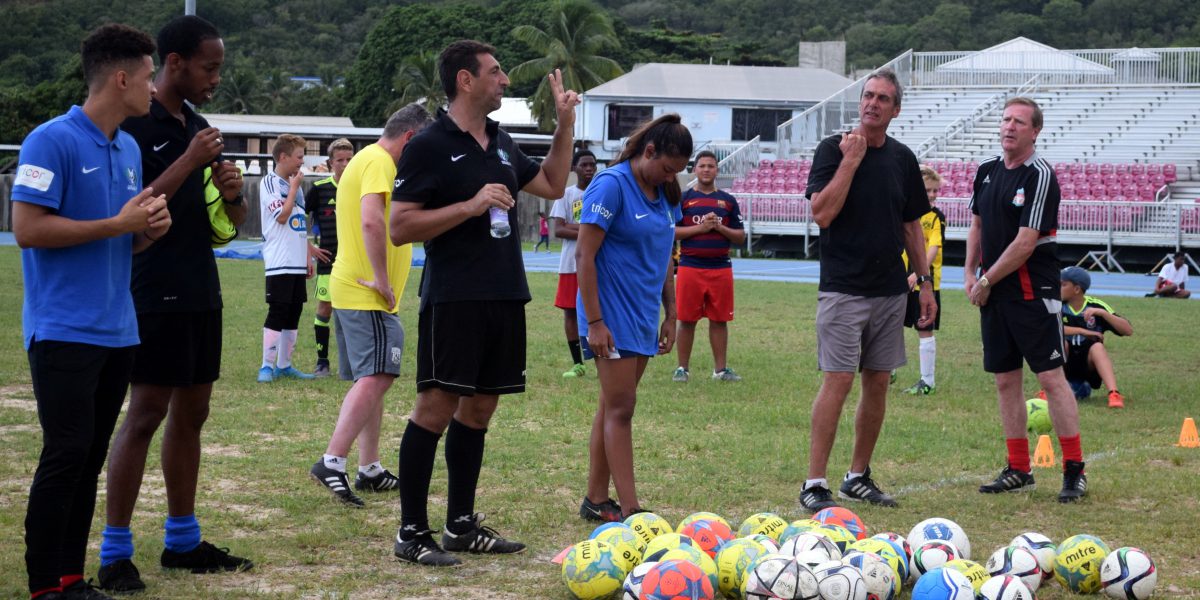 Ex Ireland and Liverpool Footballer, Ronnie Whelan, spent Tuesday and Wednesday, last week, on the A.O. Shirley Ground with lots of excited young footballers, who were put through their paces and learnt new skills.

Footballing Legend, Ronnie Whelan arrived in the territory on Monday and was here as guest of the Wolues Football Club, to help raise funds for the Sea Cows Bay Manatees and The Wolues F.C.

In association with Tico/Highland springs, the two clinic with kids concludes today, Wednesday 26th October, and is followed by a 6-a-side tournament on Wednesday night, before a formal dinner on Friday.

Over 50 Children, Boys and Girls, took advantage of the wonderful oppertunity of attending the free two-day coaching clinic, which will ran from 3:30-4:45pm at the A.O. Shirley ground on both days.

The sessions were for children from the ages of 5-14

A six -a-side corporate competition was also held on the A.O. Shirley Ground, with teams and players able to play alongside Ronnie in what was an excellent, fun filled competition.

Whilst the teams were already decided, spectators were also welcomed at the venue to enjoy the bar whilst watching the ex-Liverpool and Ireland legend play.

Tickets were also sold out for the formal dinner on Friday night at Peter Island Resort.

Ronnie’s trip followed on from the very successful visit of John Barnes to the territory back in 2013 with another excellent week that will go a long way to increasing the sports exposure in the BVI at both the grassroots level and a national level.