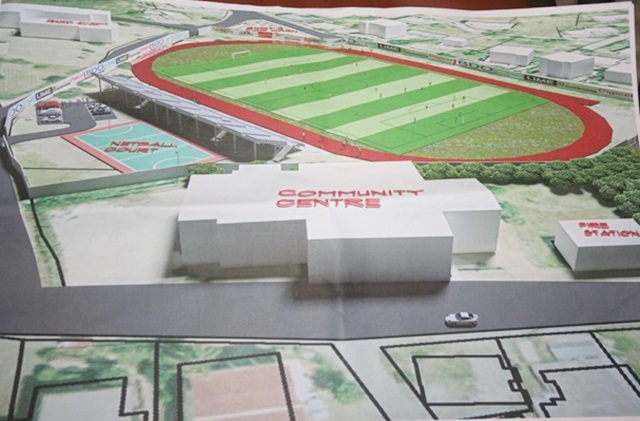 No sooner had the BVI Football Association completed a highly successful Month long 40th Anniversary when the Association received even more exciting news with the signing by the Governor, his Excellency John S. Duncan and Premier the Honourable Dr. D. Orlando Smith, of the Development Agreement for a Multi Purpose Sporting Facility at Long Look East End and also a 25 year Lease Agreement for the use of the Land.

The Signing of the contracts, at the end of September, marks the formal commencement of the BVIFA’s collaboration with the World Governing body for Football, FIFA, the BVI Olympic Committee and the Government of the BVI to start work on the building of a new home for Football as well as Netball Courts, a running track and ancillary associated amenities.

The realization of the FIFA “Goal” project is finally a reality

As BVIFA President, Mr. Andy Bickerton commented “This enables us to formally commence the Project and submit the detailed architectural/engineering drawings to the next meeting of the Town & Country Planning Department later this Month. The Government will now commence clearing the site of the existing buildings etc., including the East End sewage project sand/and related equipment being moved to a new location”

Mr. Bickerton also explained that FIFA will approve a contract with the Project Manager and that the BVIFA commence the tender process for the moving of the fill from the Upper Greenland field and the leveling of the field. He also noted that once the site is cleared then construction works could begin as early as November, “God willing”

The scope of  works under the Development Agreement include a regulation size football pitch, complete with associated facilities, a six lane 400m grass track, Netball and Volleyball Courts, a parking lot for 200 cars and a 1500 seater stadium

The project, once completed, will be available to local schools and the community as a whole and will also act as a kick start for increased Football Sports Tourism, the hosting of International type matches and the further development of Hotels, Restaurants and entertainment in the East End area.

The BVIFA’s participation in the Goal Programme was approved by the Development Committee of FIFA at a meeting, chaired by FIFA Vice-President Issa Hayatou in the presence of the chairman of the FIFA Audit and Compliance Committee, Domenico Scala, in Zurich back in March 2014, bringing the total number of supported projects to 668 across 202 member associations since the programme’s inception in 1999.