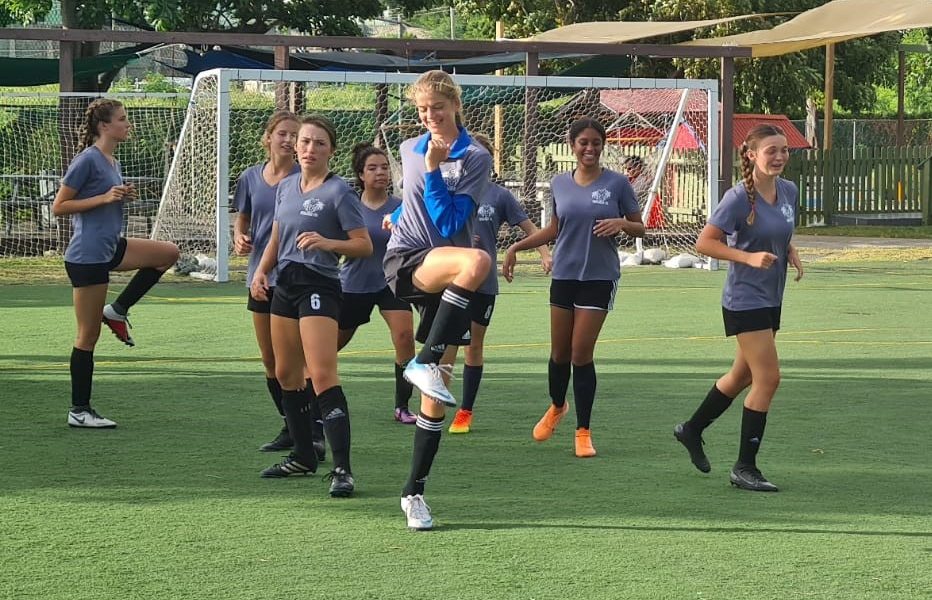 The Wolues FC brought their Futsal League campaign to a close on Saturday 30th January with another victory, 3-1, against the Avengers FC, going six from six for a perfect season!

Already guaranteed the Championship title in their first year of competitive play, the “Blue Wave” could have been forgiven for taking the foot of the pedal, but not so this group, as the players that have trained together for years as part of the Manatees Programme and played together for various School teams showed true Champions qualities in making sure they kept their 100 % record intact.

The Avengers would prove to be their toughest challenge yet and if it had not been for the alertness, composure, and bravery in the Wolues goal of Tinia Van Zoost, who played most of the second half with a broken finger, the unbeaten streak would have been over.

Darci Reich had put the Wolues up early to settle the nerves, but Laverne Fahie struck back before half time to level the game at 1-1. Undaunted and unfazed, the Wolues girls stepped up their game and Gabi Jermyn fired home a sublime half volley from a corner kick a minute later to make it 2-1.

A back and forth second period saw the Wolues passing the ball around, probing for cushion of another goal, but also defending resolutely as the Avengers remained a constant threat and it wasn’t until the 44th minute when Reich settled matters with her second goal of the game.

It was a complete team effort and beautiful to watch according to many of the Wolues supporters.

The Coaches also noted that the perfect season was the culmination of the girl’s dedication to training and putting in so much hard work over a lot of years.

The Blue Wave should be congratulated for an incredible achievement.