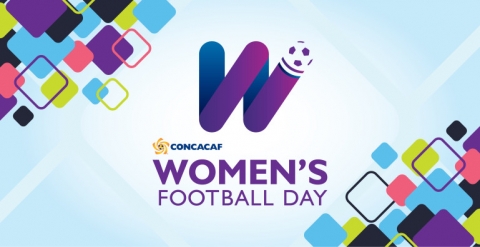 The BVIFA in conjunction with the Confederation of North, Central America and Caribbean Association Football (CONCACAF) will be celebrating its third annual Women’s Football Day on Saturday, November 18, 2017.

Building on the success of the second women’s day held in 2016, in which all 41 Member Associations within the Confederation united to shine a spotlight on efforts to create more opportunity for girls and women to play the game, this year’s full-day event, which starts at 9am on the new field at East End / Long Look, continues the FA’s on-going work to strengthen programming in order to increase women’s participation in the game.

“At this time, with so much devastation to overcome it is important for the FA to provide a fun day for all our Female Footballers. Additionally, given the exodus of young people the FA has to create a new vibrant atmosphere to encourage new players to the Sport as we continue efforts to re-establish our data bases and re build Schools Football programmes. This is in line with the CONCACAF aim of consolidating a solid platform for the sustainable growth of women’s football within CONCACAF,”

As the focus of the FA CONCACAF Women’s Football Day 2017, on Saturday, November 18, the FA will officially kick off the preparations for the 2018 CONCACAF U-15 Girls’ Championship.

Each Member Association has been encouraged to host an activity aimed at training its U-15 team. The CONCACAF U-15 Girls’ Championship, which debuted in 2014, focuses squarely on access to the game for girls, exposing them to the benefits of football on and off the field.

“The women’s game is in such a climate that it is critical that the world and regional governing bodies create ready opportunities for the younger generation of females to play the game,” said CONCACAF and FIFA Council member, Sonia Bien-Aime. “Encouraging free play at the earliest opportunity with young females will cast a welcome net over these eager players who will not only learn to love the game but will be the ones to grow football from the early stages to the highest level of competition.”

In recent years, CONCACAF has demonstrated leadership in women’s football on and off the field, with Member Associations from Costa Rica and Canada hosting FIFA’s 2014 tournaments for youth players – the U-17 and U-20 Women’s World Cups, respectively. In addition, the FIFA Women’s World Cup Canada 2015™ drew a total attendance of more than 1.35 million, setting a new total attendance record for a FIFA competition other than the FIFA World Cup™, a championship kept in the region with the victory of CONCACAF nation United States.