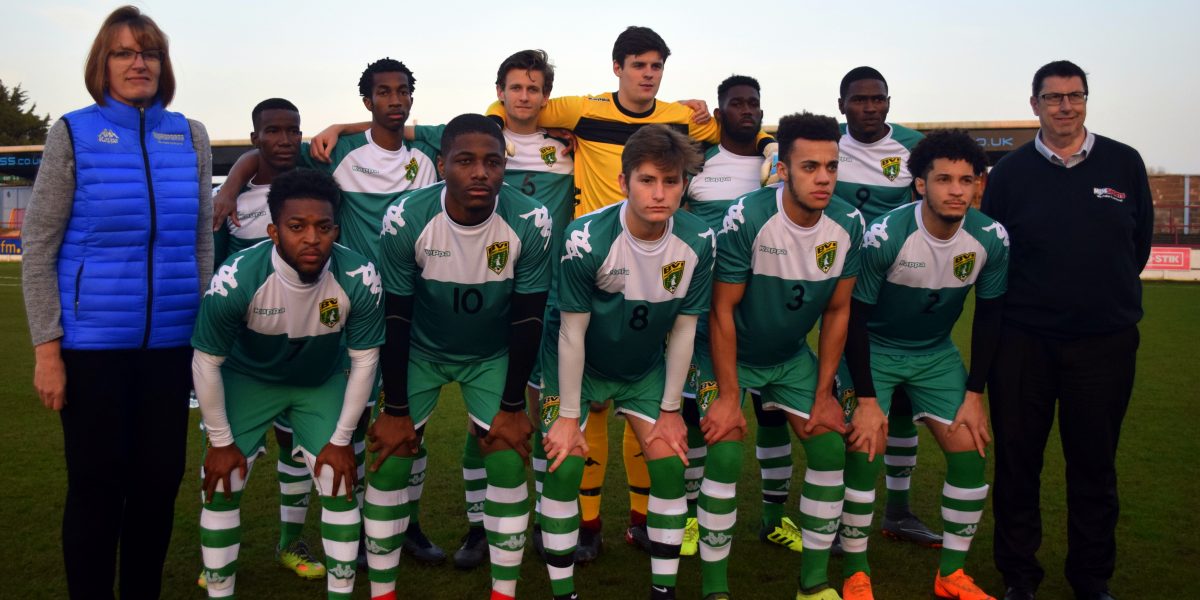 The match was the first chance for new Coaching regime, Technical Director, John Riley and Coach Dan Neville as well as Asst. Coach, Andy Davis, to see their charges in action and came at the end of a week-long Camp, held at Milton Abbey in Dorset, which is just the start of a long-term plan towards of much improved performances at the upcoming CONCACAF Nations League.

“the result didn’t go our way, but I was pleased with pockets of the performance in between some fundamental errors” noted Riley “it was individual mistakes that handed then their goals, if we can get rid of those errors and start playing as a unit up and down as well as across the pitch, there will be a vast improvement. Overall it was pleasing, and the weeks work proved of much value going forward.”

Riley also was quick to praise the youngsters and concluded the future was bright “the long-term future is very bright now for the BVI. We have some good young boys coming through the system.”

Shortly after the BVI keeper Ben Chapman narrowly got a touch that took the ball away from a charging Harry Baker, Wakefield slotted in to give the Terras a lead after nine minutes.

Sanchez Baker nearly scored with a shot from just inside the box which forced Ben Chapman into a superb save to tip over for a corner, but Baker was fouled soon after and Davis stepped up to tuck home the penalty and put the Terras 2-0 up after 18 minutes.

It wasn’t all one-way traffic though as Weymouth were forced into desperate defending to clear away a dangerous cross from Christian Xavier after the British Virgin Islands had quickly broken away.

By Half time Weymouth were up 3-0 against a team of fresh faced youngsters, that had mostly met since starting their training camp and were playing their first game togetheron Monday in Milton Abbey.

British Virgin Islands were much improved, as from a free-kick 23 yards out Josh Bertie fired inches wide and Rowe again forced Boore into another good save as he tipped over a shot

A raft of substitutions saw the play broken up, but the Virgin Islands were still able to have spells of putting the Terras under real pressure and despite leaving gaps at the back and conceding further goals. Septus got the team on the score sheet, firing in from distance.

“I was happy with some of the aspects of the game, but disappointed with the loss” commented Troy Caesar, team Captain. “we have a lot of things to work on, we did well after a shaky start and played some good football in the second half “