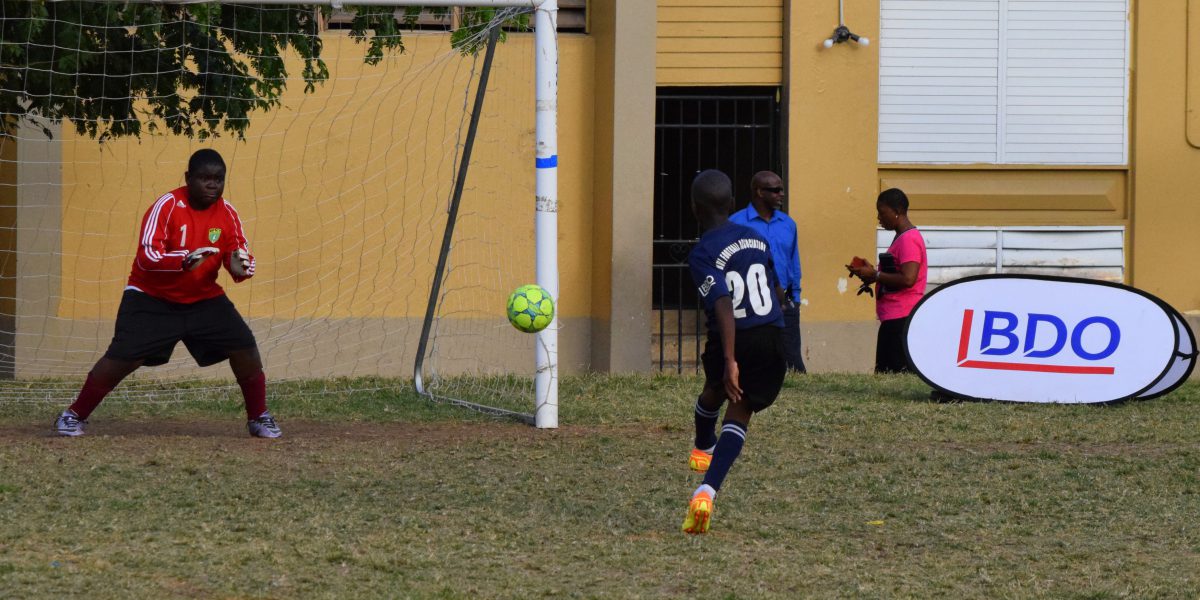 The semifinals of the BDO Primary School League Age Groups proved action packed intense and dramatic as teams fought for a place in the showcase finals on March 22nd, as did the Avanell “Clarky” Morton Senior Boys Cup Final.

First Up, in the U7’s, an Ethan Singh goal settled the game for Cedar Green against First Impressions and they move onto face Montessori, who overcame Begrado Flax, 2-0, with goals from Lochlan Geyser and Charlie Potgeiter.

In the U9’s, an early strike from Re’Mauri Walters put Begrado Flax in the driving seat against Cedar Green and with further strikes coming from Kyle Farrington and Quyle Billingy, their passage into the Final was assured with a 3-0 score line.

Their opponents in that final will be Althea Scatliffe Primary, who beat First Impressions, 2-1, with the winner scored by Othniel Gillings after Mario Carter’s opener had been cancelled out by Orrit Kenedy.

The U12 semifinal between Cedar Green and Cedar White turned into a gladiatorial affair and was ultimately settled by a goal from Alex Salter and then in the dyeing moments, Azarni Callwood, who made it 2-0 with a scorching drive.

They will be facing Begrado Flax in the Final, after a Jaden Abrams penalty broke the deadlock against ASPS.

High School Round Up:

In the Open High School Girls League it has come down to a two-horse race with Begrado Flax facing Cedar School on Saturday 11th March, 2017, knowing any result other than defeat will give the Championship.

However, if Cedar win, then they will go to a game with St Georges Girls, with another victory handing them the title on goal difference from BFEC.