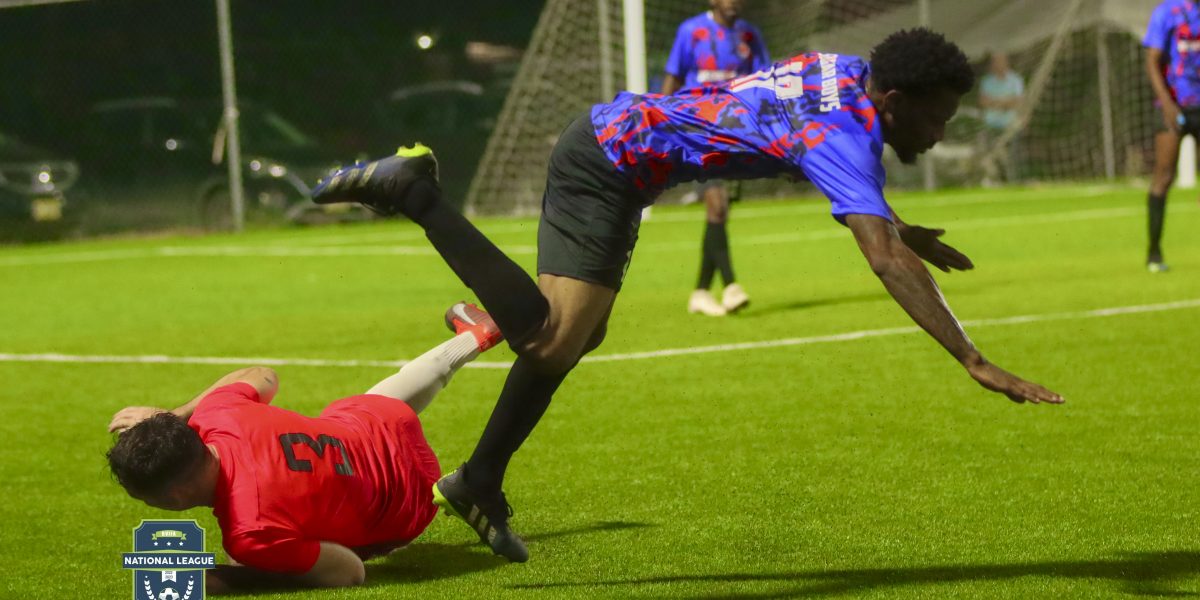 With the Sugar Boys dropping points in a 1-1 draw with Wolues FC, Marc Savage’s men were able to close the gap at the top to just three points with their 2-1 win against Panthers.

Collin Lavia put One Love ahead in just the 14th minute and Shayne Prince doubled the advantage in the 39th with his sixth goal in his last three appearances.

Ezra Alleyne pulled one back for the Panthers just before half time, but there would be no further goals in the second period.

“Building on the win against Islanders was important” commented Savage “both teams had lots of chances to score, and if we had been more clinical, would have scored a lot more than the two. All in all, it’s looking very good for the New Year, and we can’t wait to start back after Christmas”

Wolues needed a last gap penalty to secure a share of the points with Sugar Boys as Marcus Robinson struck from the penalty spot in the ninth minute of added time at the end of the game to level the score, after Romaine Henry had put the Boys ahead in the 12th minute.

“We felt the first half was evenly balanced” stated Wolues’ Chris Pease. “Sugar Boys always pass the ball around well, but we created lots of problems for them out wide and with our pace up front. As the game went on, we felt we were the better team, and it was therefore a big relief to get the goal at the end. If we had come away with no points it would have been a harsh result. Importantly we’ve kept the gap to four points so if we can win the return fixture it should keep the pressure on them in the title race.”

Lion Hearts 3-2 win which catapulted them into sixth place in the standings came on the back of a Tyrone Buddah hat trick, the third of which, shortly after VG United had been reduced to ten men, proving the winner as VG had pulled themselves back from two goals down in the first half.

Sheldon Harry and Jaden Abrams making it anyone’s game going into the final half hour, but it was Lion Heart who silenced the vociferous home crowd.

“Well, it was another interesting game” commented Lion Heart Manager, Winston Brown “We sat down at the drawing board and came up with a game plan, which the guys stuck to, and we came out the winner. It was definitely a good game”

Islanders bounced back with a 10-0 win against Positive FC after the game was halted during the second half as Positive were reduced to less than the required players on the pitch following a sending off.