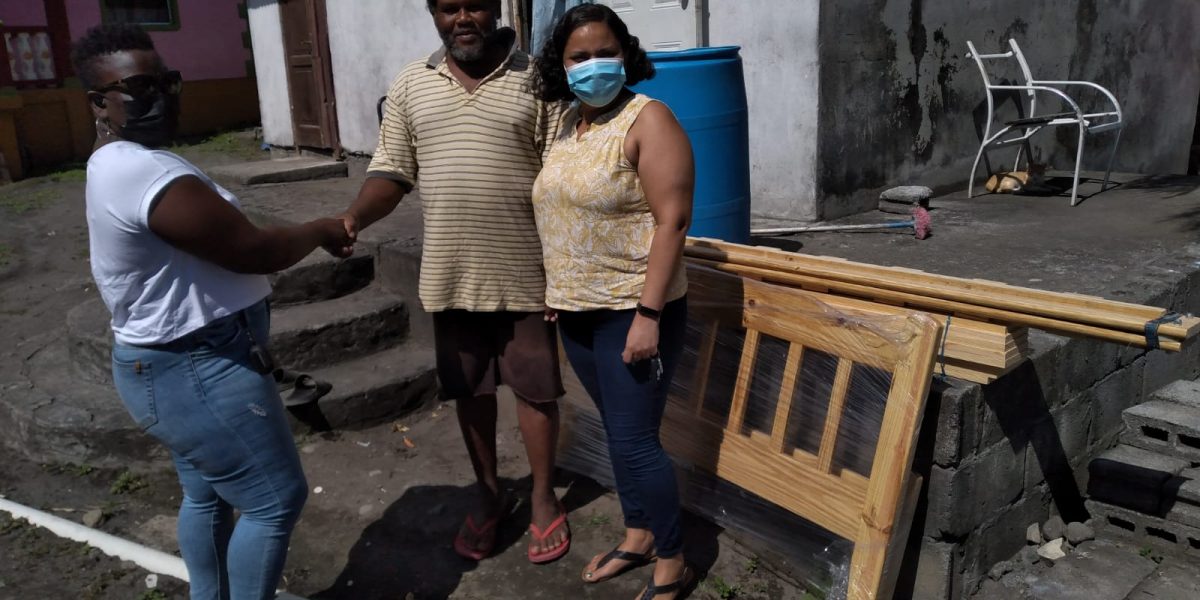 Initially the FA was able to join forces with local Charities and bodies such as Rotary Clubs to get water and much needed food supplies to the impacted Island and then with the assistance of Mr. Jason Villaroel, the FA managed to get more substantial deliveries of furniture and crucial appliances delivered.

Mr. Villaroel, one of the shelter managers in the Red Zone, sought further help from a friend of his who offered the use his truck to deliver items to the victims in Sandy Bay, a small village that nestles in the shadow of the volcano.

One of the first recipients of FA help was Marcus Billy, whose roof caved in and destroyed his furniture. Mr. Billy and his wife still live in a shelter and were grateful to receive a new bed, so they can at least sleep comfortably. 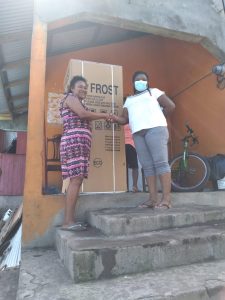 Mrs. Aluster Latvia, whose home was badly damaged, lost all her appliances and was forced to seek shelter with her sister. “This is like starting over” she said as she attempts to rebuild “and I’m extremely thankful to the FA for a brand new fridge” 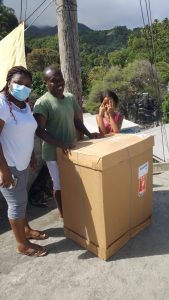 Mrs. Cassandra Sam received a brand new six burner stove after she also lost nearly everything during the volcanic eruption.