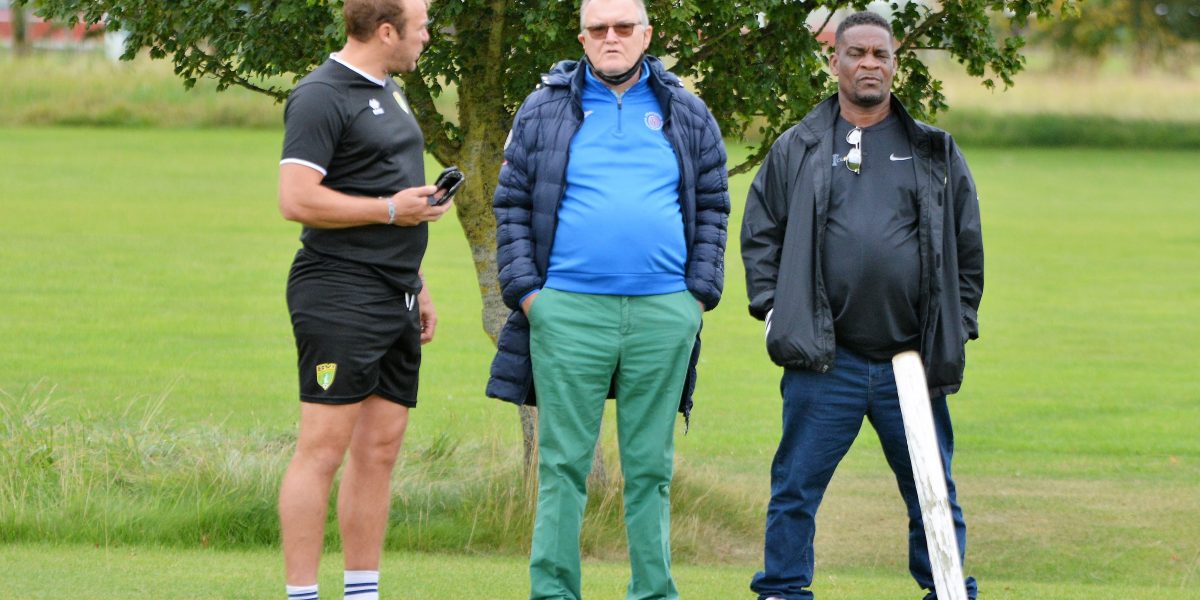 The FA After Schools programme has already been up and running on a regular basis and by the middle of October the much awaited and ever popular BDO Schools League will be starting.

“What a lot of people don’t realise” commented FA President Mr. Andy Bickerton “is that even though we have to prepare teams for CONCACAF Nations League and World Cup Qualifiers, we are constantly looking to improve the professionalism of all our programmes so that we develop players who are ready to represent the Territory.”

At a recent training camp held at Millfield School in England Bickerton was quick to point out that 10 of the 18 players on show had come through the FA Schools Programme and were not only able to take advantage of elite level coaching at top of the range facilities, but also grasp an opportunity to further their education with the links established by the FA via scholarship programmes in both the UK and USA.

“It’s not like track and field where you could have two or three individuals that do really, really well. We actually have to develop a squad between 18 and 26 players, so we’ve got to keep developing young players” stated Bickerton

Obviously with students going back to face to face learning and schools reopening, the schools programme will be up and running very shortly and that will be another bonus for the FA in the process.

“Absolutely!” confirmed Bickerton “that’s Ground Zero for us. That’s where we started. Yes, we look for talent with the programme, but it is far from an elite programme, in fact it is open to every youth who wants to play football, boy or girl”

The chance to play football at the entry level is part of the FA commitment to providing exercise and a healthy lifestyle for youngsters, keeping them off the streets and creating a way of reversing medical conditions such as obesity and diabetes that plaque the Territory.

“Football is a healthy option for youths and whether they have talent for the game or not, they can learn to enjoy themselves in a safe and fun environment” noted Bickerton “it is a win win for them and a win win for us as we get to spot talented individuals and then let them see for themselves the opportunities that can open through hard work and dedication. “

Apart from the chance to play for the Territory in Caribbean and Worldwide Tournaments and recent games have taken place in Guatemala and Curacao, there is the links to Further Education and scholarships. 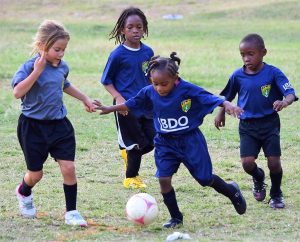 “We are now getting more and more of our young players on scholarships and following meetings with the BVI Government have got them to commit to one scholarship this year for one of our players, which is in recognition of what we’re doing”

Of course, all this development at the grass roots level would not have been possible or borne so much fruit if it had not been for the support of long-term sponsors BDO, the community based corporate body.

“If you think that they’ve been supporting the programme for nine years and the amount of money that they have invested into the programme, compared to the amount of youths who have benefitted overall and the amount of players that have reached National teams levels then they must be very happy and  I know they use it in their advertising material” beamed Bickerton “they are community based and I think that’s exactly the kind of thing corporate bodies in the BVI should be doing, finding a niche and investing in our youths”