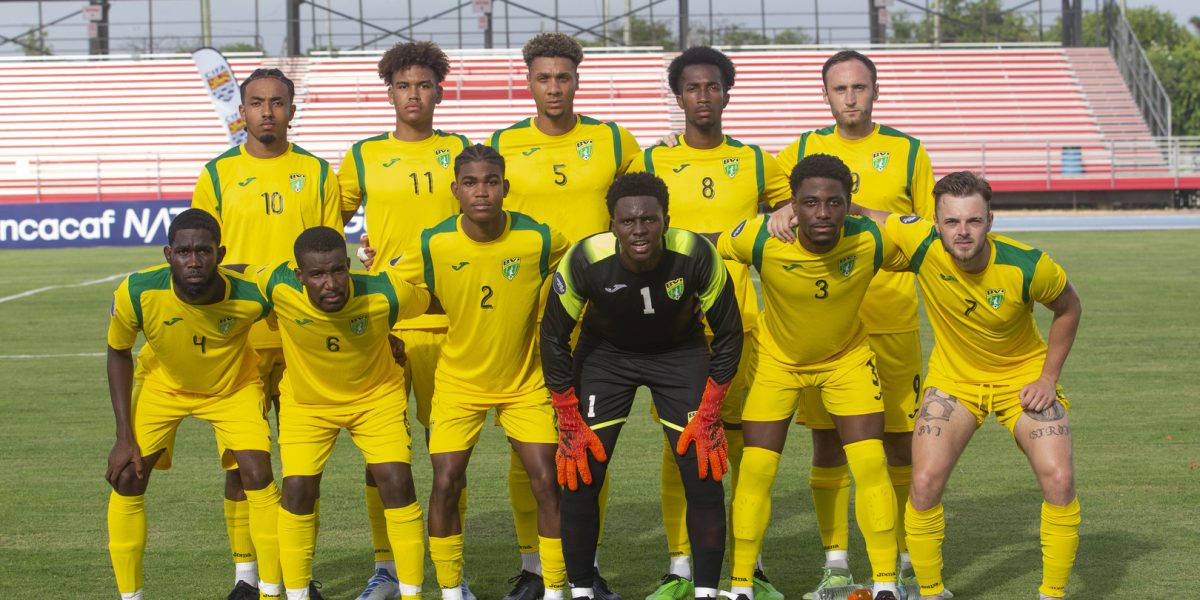 There was little to separate the teams at the Truman Bodden Stadium, with the same end result meaning both teams have a pair of points ahead of clashes with Puerto Rico

Early chances were squandered by both teams as Jamie Wilson saw his curling free kick safely smothered by the Caymans keeper, Albertini Hollness. Then, the home side had an excellent chance in the 10th minute, with Corey Smith sending a left-footed ball to the back post that was headed on goal by Jabari Campbell. Daniel Gilford made a point blank save, deflecting the ball onto the post and Jerry Wiltshire was on hand to complete the clearance

The hosts went ahead in the 23rd minute from the penalty spot, when Trey Ebanks was pulled down in the box by Christian Javier, and Jonah Ebanks stepped up to convert to the left of Gilford.

Whatever words BVI Coach, Chris Kiwomya used at halftime showed immediate effect though as just seconds after the second half resumed, Wilson scored the equaliser. Luka Chalwell found Tyler Forbes with a slide rule pass into space ahead of the forward and he avoided the lunging tackle of Josua Frederick to put in a cross to the far post. Chalwell had continued his run and rose to nod the ball back across goal where Wilson was waiting, and although the keeper blocked his initial header, he reacted quickest to fire home the loose ball. 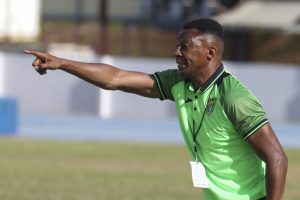 “The tactical changes in the first half worked and so did the plan to make more passes in the second half” stated Kiwomya “we changed things a bit at the break, scored the goal and could have won the game. However, its small strides and the players are beginning to understand more and more about what is expected. We were forced to make changes, bringing on the likes of Quelani (Nickie) and Jake (Forbes), but kept our shape which was pleasing”

“Always means so much more to me when I score for the BVI” beamed Wilson “I love representing the Nation and all the people in it. I hope that they are proud of the performance that the boys put in. We created better opportunities to score, and our defensive set up has been highly effective. We can be a very stubborn team to break down; we have some big characters in the team and the future on the international stage is moving in the right direction in my opinion… onto Puerto Rico”

“What character!” exclaimed FA President, Mr. Andy Bickerton, “we had to come back from goal down and gave debuts to two more youngsters in Quelahni Nickie and Jake Forbes. Onwards and upwards we go!”

Cayman Islands Joshewa Frederick Charlery had a chance for a winner just five minutes from the final whistle, coming forward and getting his head on a free kick, but it went wide, and the teams shared a point.

“We got off to a good start and stuck to the game plan” noted Technical Director, Mr. Dan Neville “an individual error gifted them a goal early, but we stuck in their and got our reward in the second half. We had chances to win the game in the second period and in the end showed great resolve to hold on and have to be pleased with a point on the road.”

Both teams now turn their attention to group rival Puerto Rico, with Cayman Islands hosting El Huracan Azul on June 9 and the British Virgin Islands traveling to Puerto Rico for a June 12 contest.