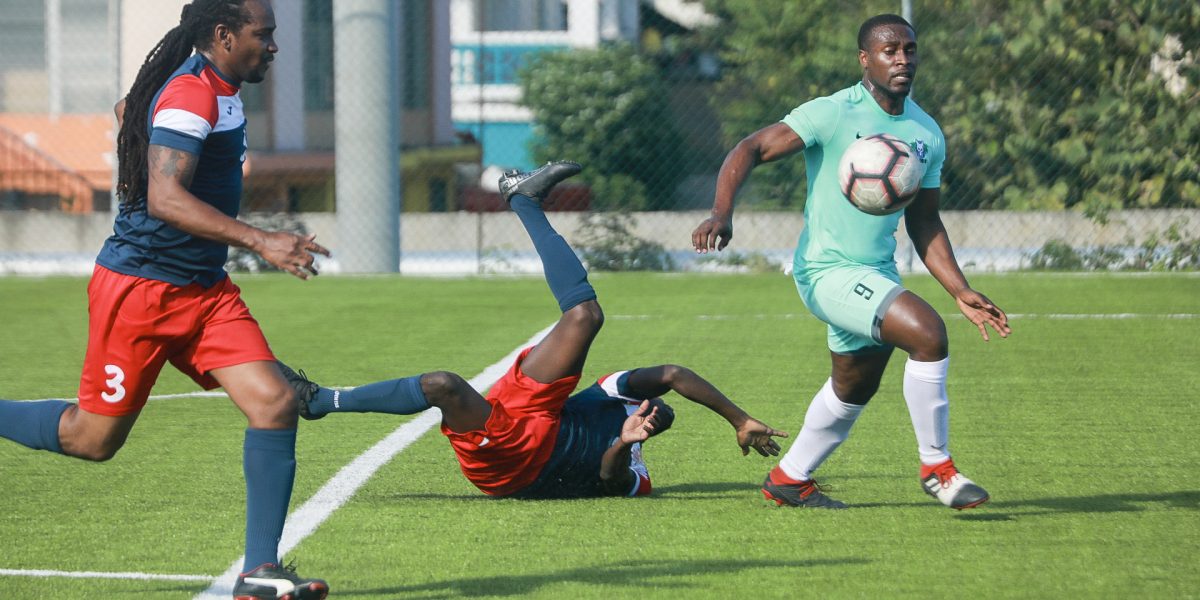 The final score line between the Wolues and Rebels FC was 3-0, but it was not until late in the game that the destination of the points was confirmed, as despite going two goals down by half time, the Rebels dominated the second half and saw a penalty saved.

A Phil nelson through ball paved the way for Maxwell to open the scoring in the 30th minute and just 4 minutes later the same pair combined to double the lead after some good play by Michael Palladino.

The second half though saw a more determined Rebels force the Wolues to play deep in their own half and if the Curtly Peters had not been denied by Simon Cross from 12 yards, then the outcome could have been different. As it was Maxwell broke through in the dyeing moments, saw off the challenge from a couple of defenders and slid home to complete his hat trick.

In the other games played, the Sugar Boys FC had a 69TH minute goal from Derol Redhead to thank for a share of the points in a 1-1 draw with Lion Heart FC after Sheldon Brown had put his side ahead in the 59th minute.

The Islanders FC continued their resurgence with a 4-2 victory against Old Madrid FC as Rohan Lennon hit a first half brace, an own goal just after half time made it 2-1 and then a McTair James double made sure of another win for the National League Champions.

The final game of the weekend also ended 1-1 as VG Utd’s Devante Samuel scored in the 15th minute before Abner Villanueva equalized for One Love FC in the 43rd from the penalty spot.