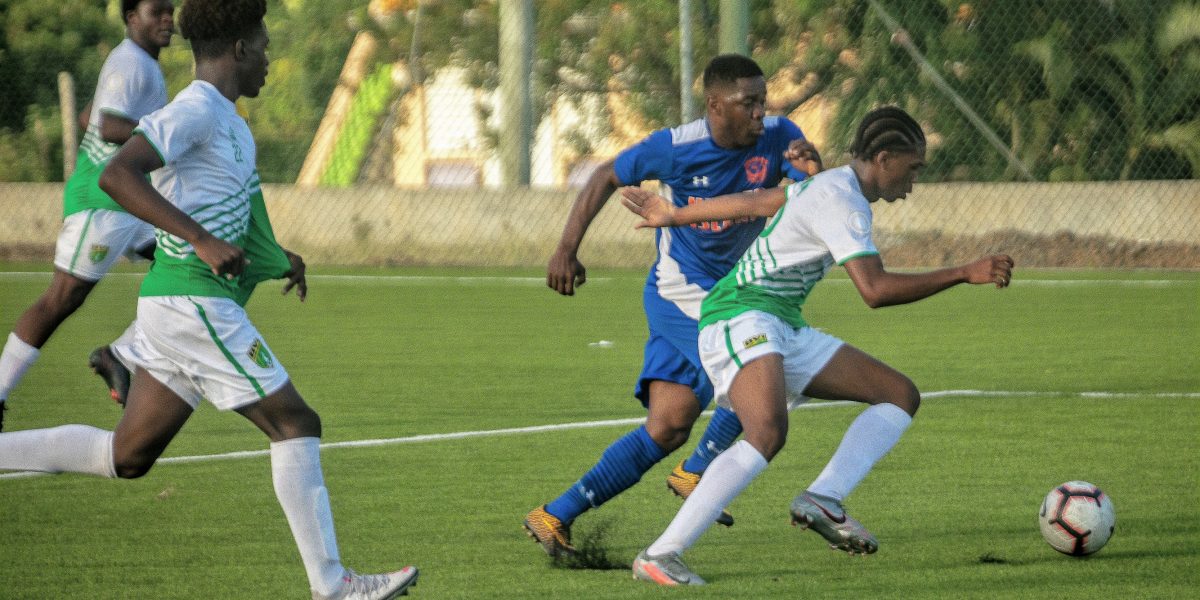 The game took place at the FA’s National Staduim venue in East End / Long Look, and although with the likes of  Troy Caesar, Tyler Forbes, Kevin Fisher, and other eligible players  unable to travel due to COVID-19 protocols, a still strong, youthful looking team proved more than capable of competing with and beating the Sugar Boys, who recently finished third in the National League and were Presidents Cup Finalists.

T’Khoi Richardson opened the scoring for the National Team in the 12th minute only for Roland Roberts to equalize in the 33rd minute. Luca Reich restored the lead in the 39th minute, but the Sugar Boys were level again inside 3 minutes following a clumsy challenge in the box with McGraw Baptiste making no mistake from the resulting penalty kick.

The National team rebounded strongly in the second half, controlling the game, and scoring what turned out to be the winner in the 79th minute when Sheldon Harry slotted home.

“the goals we scored were good at any level” commented Coach Clinton “Tinnie” Percival “We played well as a team, have room for improvement, but there were also some impressive individual performances. The team got a little tired towards the end and invited some unwanted pressure, but they held firm defensively and with more games like this I’m confident of improvement” he concluded.

More games will be taking place with the likes of the Islanders FC being touted as next up and whilst the Pandemic continues to wreak havoc on the planning and preparations, the first game in the World Cup Qualifiers is still scheduled for the end of March against Guatemala.