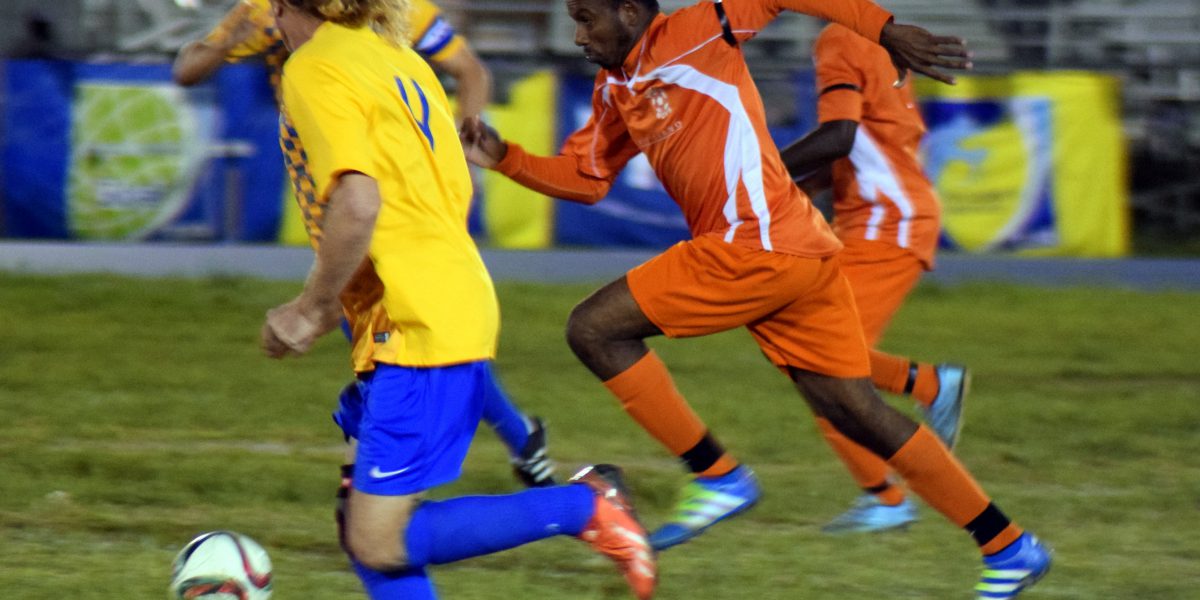 Mid table action in the Men’s National League kicked it up a notch over the weekend of December 3rd and 4th, with the Panthers recording their first win of the season and Old Madrid and the Wolues both beaten.

On Saturday, the Rebels had leapfrogged over the Sugar Boyz to go second in the standings, albeit short lived, with a 3-0 win over VG United.

As in their previous game VG Utd were good value for a 0-0 score line at half time, but where then undone in the second half with a goal from Atebe Creese (48th min) and two goals from Elijah Toulan (57th and 66th min).

The Panthers then recorded their first win of the season and handed Old Madrid a second successive defeat, 2-0, to put further doubt on a place in the top four.

The goals came from Garnet Ferron and Jaleel Rodriquez.

The Wolues, who would have been replaced in the top four, had Old Madrid beaten the Panthers, did little to help their own cause with a 3-0 defeat at the hands of the Sugar Boyz, courtesy of Deron Daniel (43rd min), Michael Castillo (49th min) and Allon Williams (52nd)

The final week of action before the Christmas break sees;