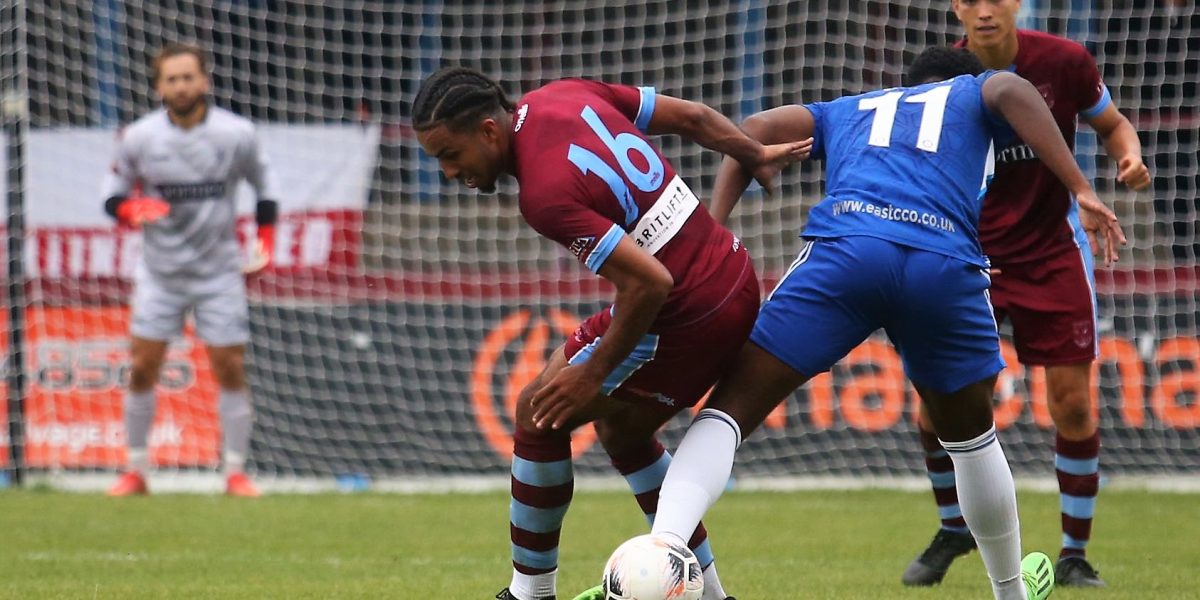 Forbes, having agreed to play for Weymouth FC, in the English National League, who play at semi-professional level, just one league below full-time professional clubs, is now the leading example of what is possible through the FA’s pathways, joining the likes of Luka Chalwell, who recently signed a contract with Eastleigh FC, as they become shining lights of what can be achieved with hard work and dedication 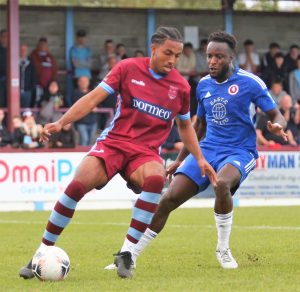 Both have progressed through FA youth programs, including Primary School football, the FA After School Programs, the BDO sponsored School Leagues and the FA’s own Talent Identification pathways spearheaded by President, Mr. Andy Bickerton with the support of his Executive Members, Coaches and Clubs, with Bickerton noting that “Forbes is one of the FA’s first UK scholars and his progress into the professional game highlights the opportunities the FA’s investment in their Player Pathway can produce. He has demonstrated that talent alone is not enough but has stayed committed and trained hard to draw the attention of pro clubs to his ability. He is also continuing his studies at the Champion Academy where he already has his Diploma in Sports Science and is presently pursuing his HNC in Sports Management. A wonderful example for our young players to follow.”

Forbes, who started playing whilst at First Impressions Primary School in Johnsons Ghut, is on the rise in football, but still says that the day he fell in love with the sport was a BDO Schools final played on the A.O. Shirley Ground ten years ago “I can still remember all the parents cheering as we beat Cedar School on penalties”

Growing up in the BVI has provided Forbes with many fond memories “I am so grateful, every day, for the number of people that make up those memories from such an early age. One very unforgettable one for me is training with the Manatees on the softball pitch with no goals, no cones, no boots, just three balls and a few kids with a dream”

He has come a long way since then and now a typical week for Forbes is definitely demanding as he combines his studies with football. He attends training twice a week, has strength and conditioning sessions on Mondays and Wednesdays, a stretching and cool down session on Friday and then a game on Saturday, but he has a strong work ethic, instilled in him from an early age “ I believe that if someone works hard at their craft it is impossible for them to fail and I look to my mother as an example. She is by far the hardest working person I know, moving me and my younger brother Jake to England and providing us with the right guidelines to be where we are now. I always aspire to work as hard as her, sometimes I wake up to do a workout and she is already there, being a working mum, now that’s hard work!”

Forbes, of course has already made his mark at Senior levels with the BVI National team and holds dear his first goal, against Bonaire “It was a feeling I don’t think anyone can explain. Everything stops and your filled with so much emotion suddenly nothing in the world matters”

The player with a bright future is also well grounded and will always hold the BVI dear to his heart. He would love to return to “give back” and states that his future ambitions “are to do as well as I possibly can and make my family proud, but also when my career is over I would love to bring my expertise back to the BVI to help develop the youth and repay the favor for everything they have done for me.”

Also out of the Territory, with the help of the FA, and following their dreams of combining further education with playing football are Justin Smith, Mekhi Waters, Quelahni Nickie, Sheldon Toney and  Levon Williams, all of whom are following in the path of Forbes and Chalwell by attending the Champion Sport Academy, studying for Sports Diplomas and HNC’s in Sports Management and representing the Territory in football. 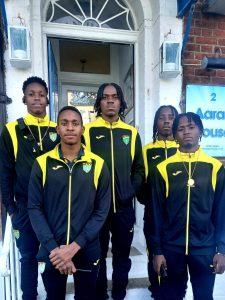 As Luke Burbidge, Champion Academy Director reported “The boys have come in and started well, they have not taken long to settle into the group, albeit quiet at first, they are now coming out of their shell and integrated well within the group. They have added another dimension and during games all of them have played their part. So far, they have been involved in four or five games, and started very well when it comes to the education side of things taken studied seriously. They have showed good understanding within the group and Levon has scored three goals already, both Sheldon and Quelahni have put in solid performances in midfield, Justin has played some good teams such as Eastleigh, Havent and Waterlooville as well as PDA Reading, doing very well in all the games, with Mekhi also saving a penalty in his most recent game vs Eastleigh.

FA Technical Director, Dan Neville has overseen implementation of Talent ID Pathways in the Territory but is also quick to point out that the local Coaches such as Cassandra Gregg, “Left”, “Tinnie” and many others had already laid the foundations for what is becoming a highly successful route from Grassroots to Professional Football. “We are delighted with the boys and proud of how they have managed the transition so far. Part of our strategic plan is creating opportunities overseas to develop them as people and enhance their sporting abilities.”

The FA had a target of 60% playing abroad by the age of seventeen and according to Neville, they are well on the way to that with players in the UK, USA, Canada, Holland, and Spain all being challenged on a weekly basis by playing in competitive leagues with and against talented players.

As Neville confirmed “The FA hopes that success with delivering and meeting their development targets will in turn create strong and competitive national teams able to compete at international level, and with Forbes and Chalwell at the forefront of that push, then that is very achievable”

And in the final words of Forbes “I learned from an early age, that you must invest in yourself, never think enough is enough because you can always work harder, you can always better your best and when you are tired that is the time to work. Doing that bit more than others is where the success comes from because many people, when they are tired, they give up. But the winners, they keep going!”