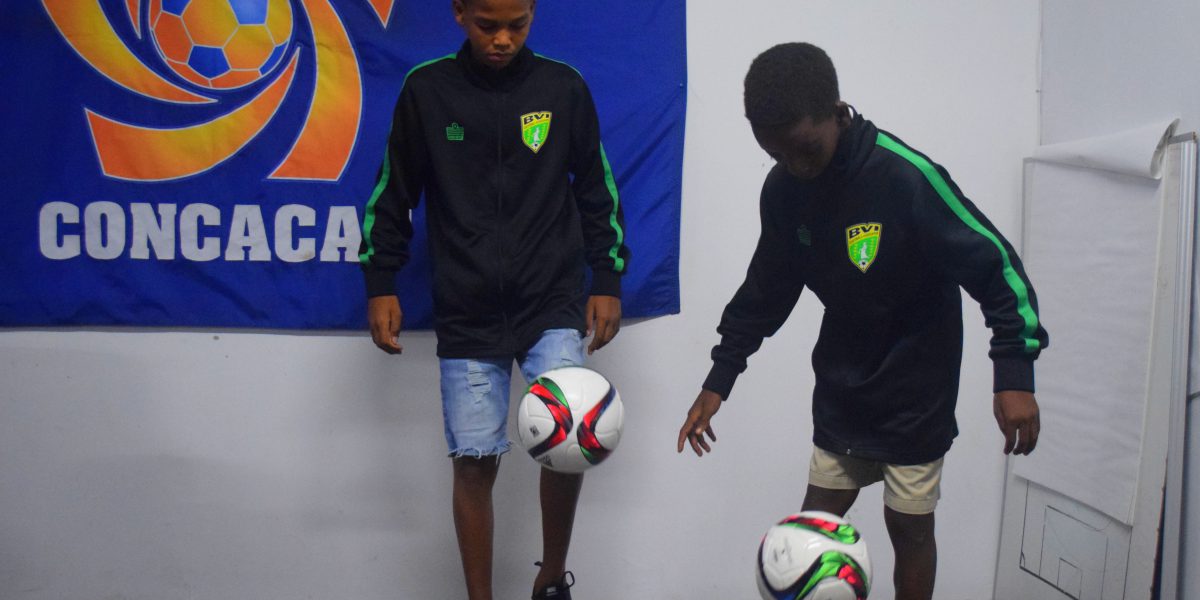 The invitation to the Camp came about following the FA hosting its own Summer Camp at the new field in East End / Long Look, in partnership with the Champion Sports Group, a feeder academy to AFC Bournemouth

“the boys were invited back to the AFC Bournemouth Camp at Milton Abbey in Dorset” commented Mr Andy Bickerton, FA President “the Camps included all the normal aspects of a soccer training camp and also played a lot of small sided games, which gave them the opportunity to showcase their skills”

According to Chalwell the highlight was playing the matches “I really enjoyed playing the games and interacting with the other players.”

In his last game, against U15 players from Southampton, Chalwell realised the need to move the ball around faster and be more physical.

Which was also something Lettsome realised would be required to improve his game going forward “I can build upon playing a bit quicker, which is something I don’t usually do here. I learnt to control and pass the ball better and because the level of competition was harder I definitely improved and learnt to score goals from Midfield too!”

Bickerton also noted that all three boys had been invited back to further Camps with AFC Bournemouth and hopes that the partnership will be ongoing, with Camps also held at the EE/LL venue, once it is repaired.