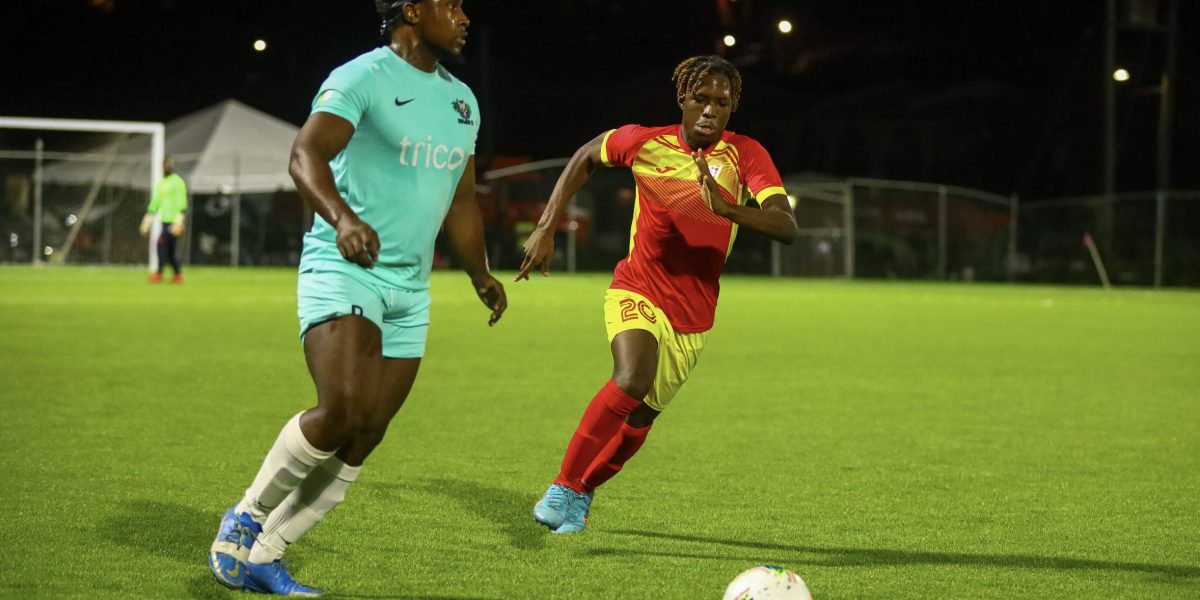 With only the top four claiming a place in the prestigious post season competition and with the Sugar Boys already guaranteed a place as Champions, four teams are left scrambling to claim one of the three spots left.

The Wolues face VG United on Wednesday 25th May knowing they must secure all three points to leapfrog their rivals into second place and a Presidents Cup berth, whilst avoiding defeat would see VG Utd claim the runners up spot and dump their opponents out of the reckoning.

The Panthers FC will play Lion Heart FC at the weekend and a win would see them cement their place in the cup competition, but anything less could see them fail to qualify depending on the other results.

Rebels FC are in the hat for the post season but will have to wait to find out their final seeding.

The semi final draw for the Presidents cup will see the Sugar Boys face the fourth placed team and second pitched against third, with the games scheduled for June 19th at East End / Long Look.

The season ending drama unfolded late on Sunday night at the FA’s East End / Long Look venue when Noel Maxwell popped up in the 68th minute to score the winner, having already opened the scoring in the 20th minute, and after Rebels’ Ikyjah Williams had levelled the game at 1-1 in the 29th.

“It was a tight game, as we expected” commented Wolues’ Phil Nelson “I thought it was a good solid display from the whole team with the difference being Noel (Maxwell) who they found difficult to handle all game. We were solid in defense and, in particular, our two young full backs Ollie Henderson and Michael Palladino, both played well.”

The Sugar Boys also had a win at the weekend, 8-3, against One Caribbean FC, with Oswart Holder scoring a first half hattrick, Alejandro Sanchez and Mohammed Kachour adding a brace each and Akeem Hendrikson also on the score sheet

“Coming up against a team from the bottom of the table, many thought it would have been one sided, but their youngsters put up a great fight” commented Derrol Redhead of SBFC “although we scored six in the first half, they didn’t show any signs of weakness and scored goals themselves in the second half. We didn’t take anything for granted, followed our coaches’ instructions, played well as a team and were hungry for more points and goals”